Usually, during this time of the year, I will have already hopped on a plane and have taken a long plane ride back to the United States to visit with family and friends. I would be unwinding from a busy school year, and trying to get over jet lag while making the adjustment to the new time zone. It would be a time to cover a lot of ground that I have already been over before, but I would be looking forward to the familiar.

This year has been a little different with the emergence of this new virus that has stopped the world in its tracks. It is an extremely dangerous time to travel, and I had no idea if I would be allowed back into Thailand for my job if I decided to leave it. There were options, but the most logical one was to stay put for the summer and hope that I would not go crazy doing something different while still stuck in the rut that I had experienced at the end of the school year.

So I am here in Bangkok, trying to find ways to enjoy the summer as best as I can. 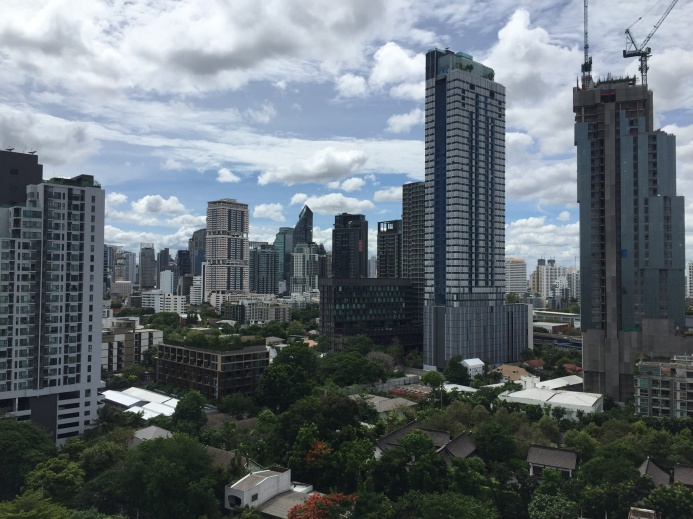 Luckily for me, Thailand has done a really good job of getting the pandemic under control in its country. It has basically banned anybody from entering the country for unimportant reasons, closed down all of the shops and public places to make sure that the spread of the virus did not happen, promoted a culture of social distancing and wearing face masks, and creating great programs to track people so if there is an outbreak they can quickly get it under control before it gets out of hand. Because of this, many places are starting to open up again, and it is starting to return back to normal.

Of course there are a couple of places that are not allowed to open up yet such as bars, sporting events, and certain kinds of massage parlors, but there is really only one of those that I partook in anyways, so I can patiently wait for the bars to open up again, and it is probably a good thing that they have not done this yet.

There are a couple of hot spots in the nation as well that have not opened up its doors to people inside of the country yet. The pandemic is getting under control in these spots, but it has not been long enough for the government to feel safe to open them up, but most of them are a long ways away from Bangkok and not something that I could get to easily, mainly Phuket, Chiang Mai, and the national parks. There is also talk that the parks will open up at the end of the month and the other will follow soon.

In other words, Thailand is taking their time to make sure that they are doing things right so by the time the dry season starts and tourists want to make it back to the country, they should be able to do it safely. It just means that Thailand will be a quiet country this summer, making it the perfect time to explore it. The plan is to make sure that we are not spending more than a week at home at a time, and spend the rest of the time exploring the different parts of the country. It is still a little too early to go crazy on the coast or the northern mountain regions, but it is a great time to head down to the downtown area and explore the places we haven’t seen there yet. We won’t be able to visit the big tourists sites, or enjoy the rooftop bars, but we are okay with this. It is just nice to be outside of the house, and get to look at four different walls. It is not the summer I would have planned a couple of months ago, but I am still going to be able to make the most of it, and have a great Siam Summer.

One thought on “Travel During Covid19 – Siam Summer”