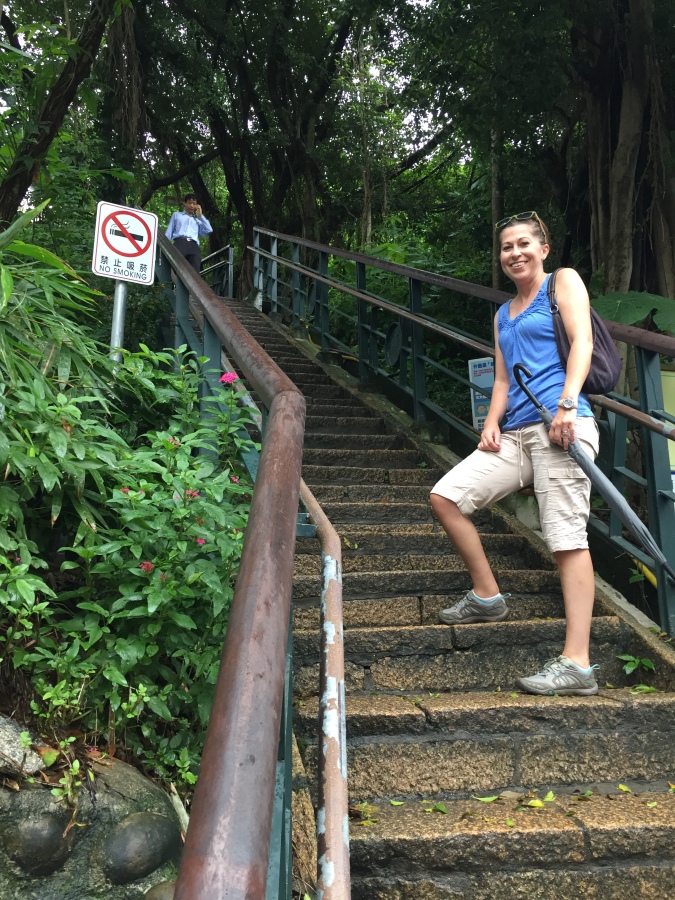 We were lucky on this trip to Taiwan. The whole time we were in Taipei, there were rumors rumbling around about a typhoon that was supposed to hit the island on Friday and Saturday. It was to bring with it heavy wind and rains, and most of our time looked like would be spent indoors as we tried to ride out the storm. It was to be a big one too. The first reports of the storm talked about it as being a category 5 typhoon. We even got an alert early on in the week to see if we wanted to change our plans to avoid the destruction that was soon to be unleashed on this tiny island in the Pacific Ocean. 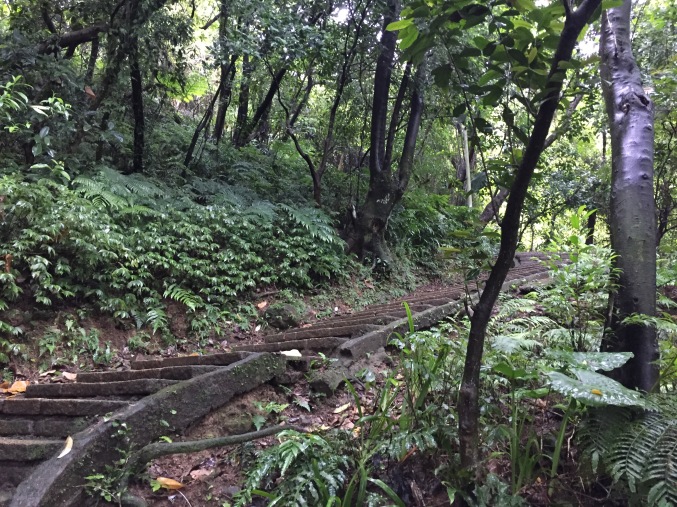 But as the week progressed, the tale of the typhoon soon changed. The course it was going to take started to veer away from the island and took a more direct course towards Japan. The power behind it started to diminish as well and the typhoon turned into a category 3 storm. This did not mean that we were not supposed to get rain on the last days of our vacation, and we spent those days carrying around umbrellas in case we started to get hit with the downpour that was predicted to come. 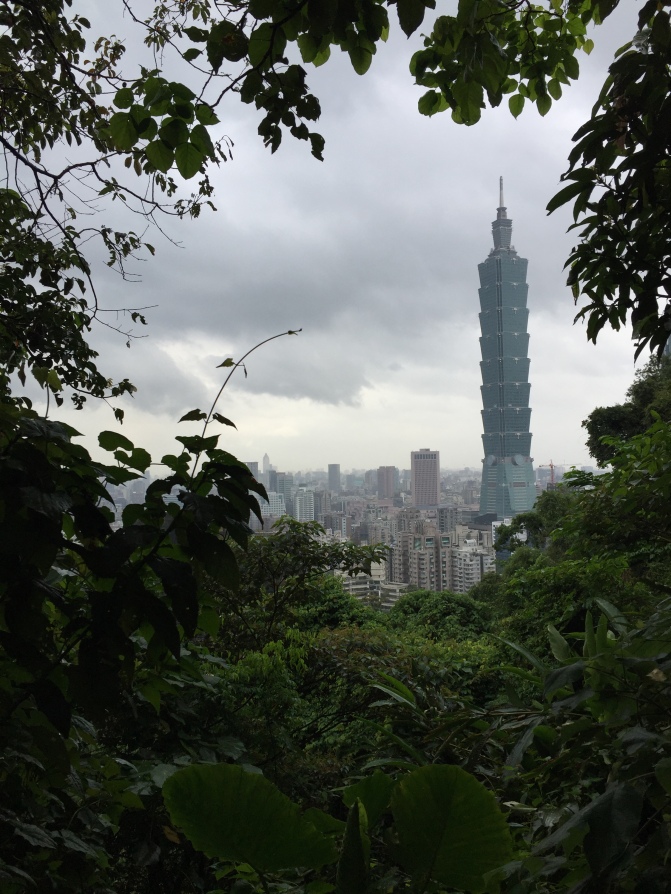 But the rains never really came. Yes, we did get a few bursts of rain here and there, and we even got to use those umbrellas that we carried around with us all over the place, but for the most part, Taipei is used to the rain, and built its city accordingly. All of the streets have really wide sidewalks with at least half of the sidewalk covered with part of the building. It makes the city a great walking town, even in the rain. Yes, if you forget your umbrella, there are couple of moments you need to dash across the street so you do not get wet, but for the most part, if you play it right, you can stay pretty dry. 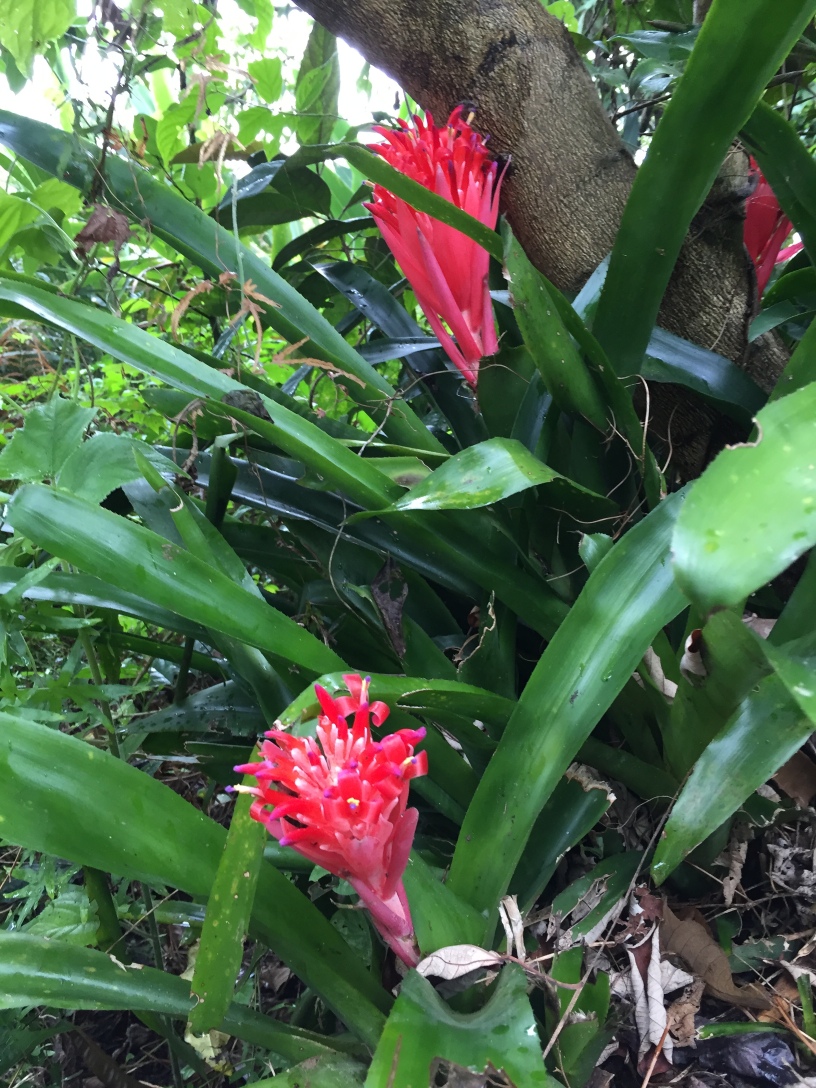 The city also knows that the rains can create some beautiful scenery. I have been to many other cities in the world that do not get this fact. They build their buildings and let the rain pound on the outside of them until they look like dirty representations of what their glory used to be. They could go out and clean those buildings or repaint them, but why do that? The rains are just going to come again and turn them into the dirty eyesore that they are destined to be. Taipei definitely takes this attitude as well, but they have also built some great parks with lots of trees and flowers that distract you from the ugliness of the buildings and give you a little reprieve from the bustle of the city. 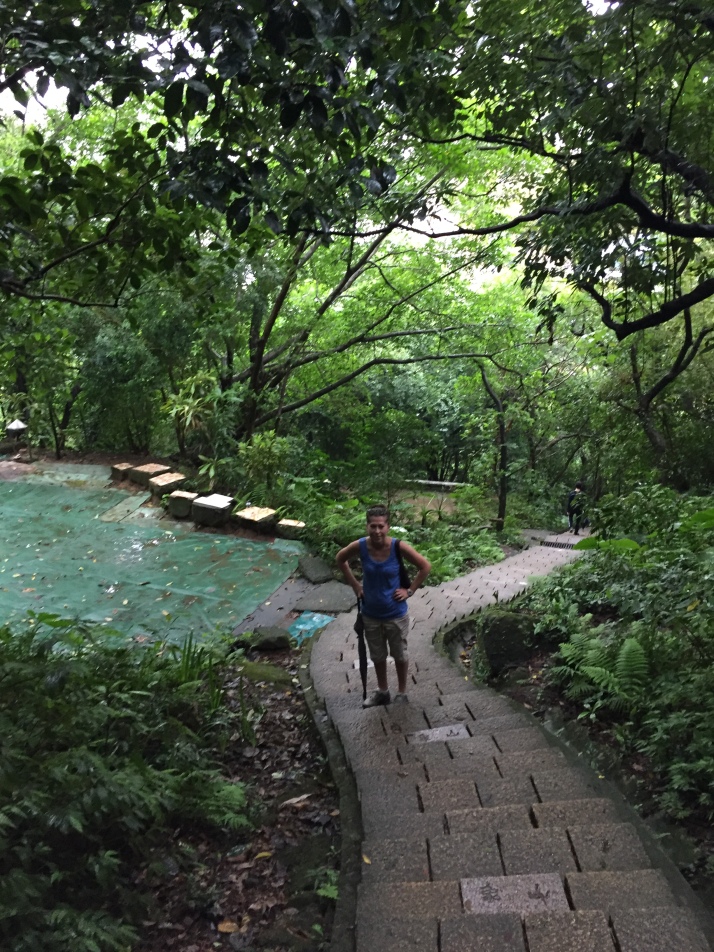 One such location is Elephant Mountain, or as the locals know it, Xiangshan. It is the last stop on the red line of the subway and takes you out to the far reaches of the town. If you go there, you do need to walk through one of the more beautiful parks that the city has to offer, and find your way to the path that will take you up to one of the best viewing spots of the city. The hike is not that hard, but as soon as you hit the forest that covers the mountain, the humidity jumps up a couple of notches, and drenches you in sweat. It is also the perfect environment for mosquitoes, so if you do go, I would recommend bringing some bug spray with you because without it, you will be eaten alive. Or all of this might have been that we went to do this little hike when there was supposed to be a typhoon hitting the city of Taipei, and we were just getting the residual after effects of what it really could have been. 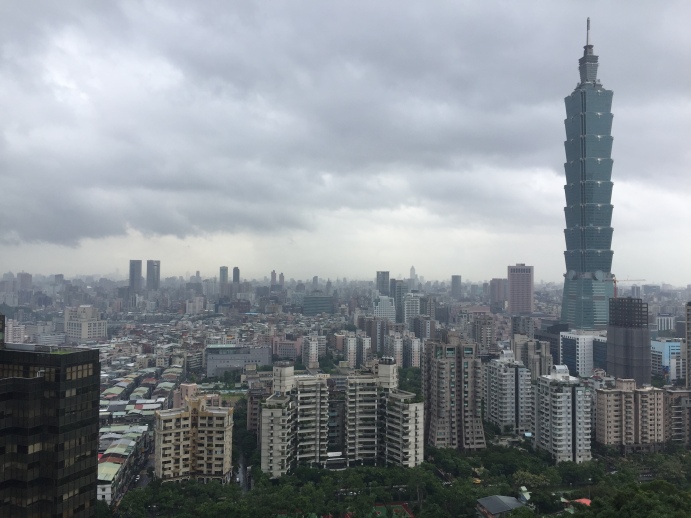 Despite these minor annoyances, the hike was worth it. The views were spectacular, and there is even a little platform that was built so people could see the perfect spot to watch the crazy fireworks that come whenever Tai Pei 101 decides to shoot them off. It is also really close to that building as well which would make for a great day if you start with the hike and finish with food and exploring that area of the city of Taipei.