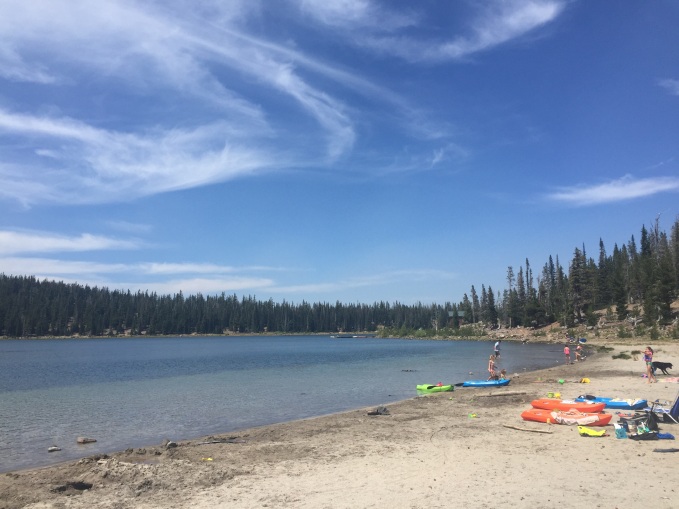 When I say the word beach to people, most of them with think of a long sandy shore where the waves of the ocean splash up on the shore, and when they look out to the horizon, they see nothing but the great expanse of water. But these would be most of the people that grew up along of the shores of one of these mighty beasts. If you grew up where I grew up, you might have a different vision of a beach. 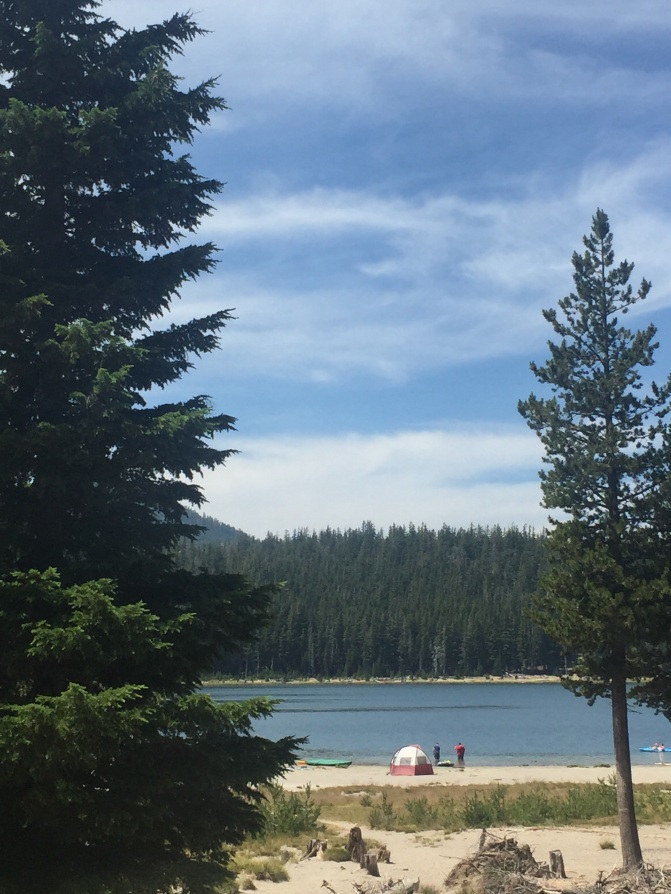 The beaches that I looked for usually could be found between the tall pine trees in the mountains. The shores might have some sand on it, but it was mostly covered in rocks, and the water only created waves if a breeze blew down from the hill. I could usually see the other side of the water and it was covered with the same kinds of trees that I had to walk through in order to get there in the first place. The water wasn’t warm and inviting, but instead was cold and chilly because it was collected from the melting snow pack due to the hot summer sun. People didn’t go out there to cake themselves in suntan lotion and lounge around; instead, they were many other activities where fun could be found at one of these other kinds of beaches. 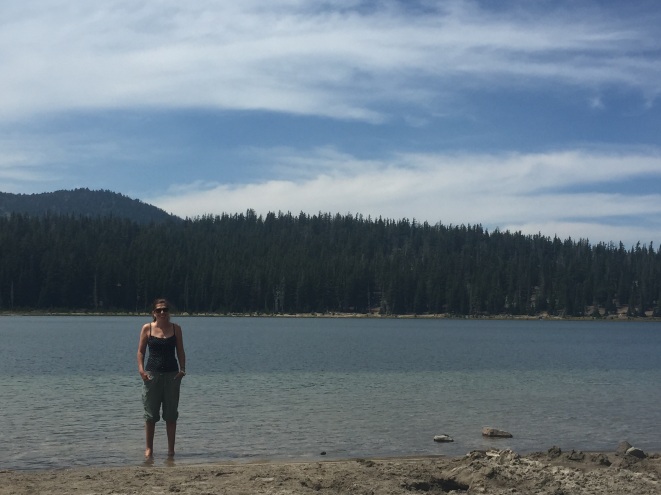 Luckily, Oregon boasts both kinds of beaches within its borders, and yesterday I went to the one I was more familiar with in the mountains of central Oregon, Three Creeks Lake. It is a small mountain lake with a nice sandy beach to relax on. It is only about a half an hour drive west of the idyllic mountain town of Sisters, Oregon if you can find Elm Street and follow it until it runs out of road. It was the perfect day to head up into the hills too because the sun was starting to gain in potency and by heading up in elevation we were able to avoid one of the hottest days I would have experienced this summer. 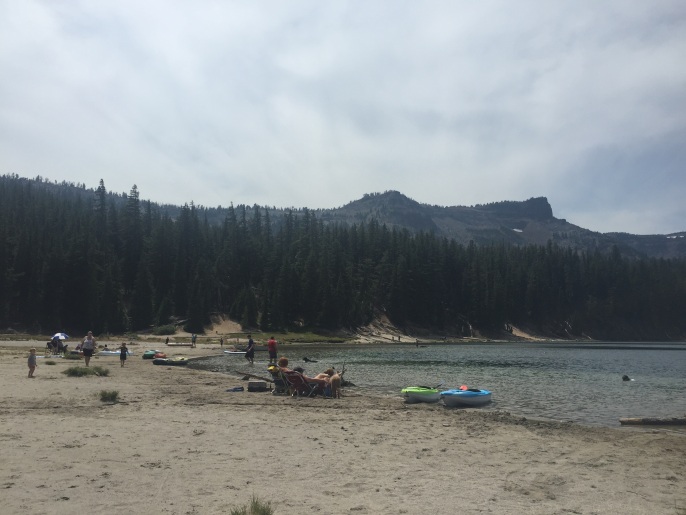 We didn’t have to share the beach with many people, and the odd thing was that the water was perfect. Usually it is very cold, but it was late enough in the summer that it had warmed up enough to be enjoyable. If we had made it to the coast, the water out along the coast of Oregon would have still been too cool to enjoy, so we had made the right choice. 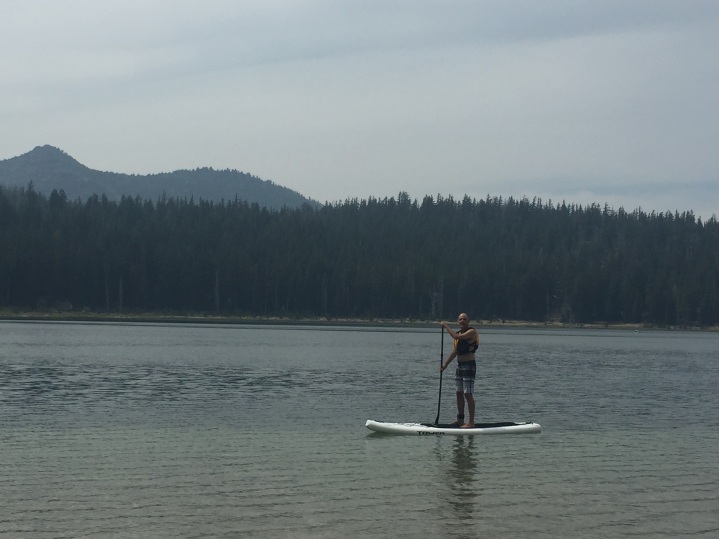 We spent the afternoon paddle boarding out on the lake, but there are many other forms of entertainment out there. There are a few campsites that people park campers at or set up their tents. Many of them bring kayaks with them to use on the lake and it is only a short walk away from the campsites to the beach. If you really like to hike, there are many trails around the lake. You can walk around the lake if you like, or you can take the more difficult trail up the hill into the forest until you reach a smaller lake a little further up or all the way to the ridge that gives you some amazing views of the valley down below. The biggest attraction to the lake is the fishing. Even though there were not many fishermen out there yesterday, there are usually a bunch of them either on small pontoon boats, or getting in their waders and fitting themselves in an inner tube to make it out to the middle of the lake. It is a great place to fish and I saw them jumping out of the water often as I rowed around the lake. The only drawback is the amount of bugs I found in the area, but that was nothing that a little bit of bug spray couldn’t take care of, and yesterday they were not so bad as they were on other days.

It is another of Oregon’s great lakes. The laws make sure that no motors are able to be used on the lake, keeping the water clean and clear, and keeping the noise down to just the small amount of children laughing and having a good time. It was another great place that central Oregon has as it is the playground of the Pacific Northwest and this little gem is one of my favorite ones to visit.