It has been around for 42 years, and there were many times that I have been to it when I was younger, but it had been awhile since I have been at the Colorado Renaissance Festival. It took me coming back to Colorado to get me to go back to this iconic location, and it had changed a lot since I last remembered it, or it may not have changed at all, and just my memory of it had adjusted to make the place seem more different than what I thought it was when I was younger. That is not to say that it was not still a fun place to visit, but I started to see through the glossy presentation that once made this a magical place to visit, and start to show me what type of place it actually was.

It really started before I even got to the place. There was a lady protesting the use of elephants for rides and from my earlier trip to Laos, I understood her frustration and anger, but I had no idea why she was so mad at something that was happening half way around the world that she would stand on the highway to this place to protest it. That was until I was inside the confines of its walls and saw that they had an elephant that they would walk around the grounds while people rode it. And even though I could see that he didn’t have scars on his head due to the mistreatment sue to its handler, I could see that they had cropped his tail and chopped off his tusks, making it impossible for him to live a normal elephant life. It made me wonder how well they were actually taking care of the beasts, and if they were just as bad as the other owners of elephants that the woman was protesting about earlier on the road.

But this was the only complaint that I would have about the place. Otherwise it was as much as I remembered it when I was growing up except the act had changed a little bit. One of the new ones that surprised me also made me wonder about the elephants I had seen walking about. This was a group that displayed great cats that operated in Oregon. It was very educational, explaining the threat that was going on with these beasts, and what we could do to make sure that they would no longer be endangered. It made me wonder why a company would bring in conservationists with great cats, and then go off and display elephants afterwards. Was it really about educating people about these animals, or just finding the quickest way that they could make some money. 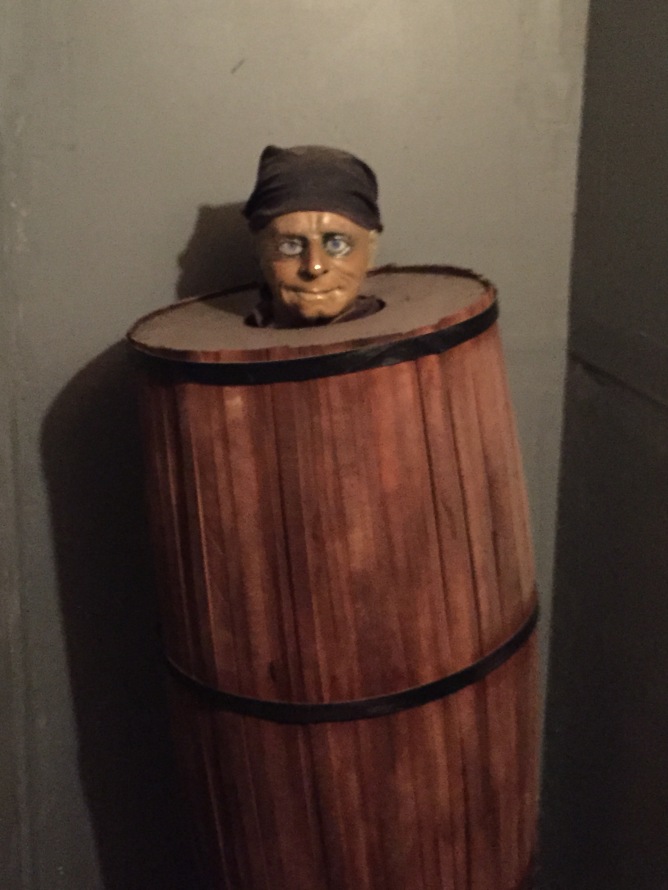 The rest of the festival lend itself more to the later. Even though we had to spend a solid entry price to make it into the grounds, there were still many other features that required an extra entrance fee if we wished to see them. One was a torture museum that had some interesting things inside of it, but it only took ten minutes to stroll through and was clearly not worth the two dollar entrance fee. I went to a different torture museum in Rothenberg, Germany that was more informative, with better displays, and yet the same price. 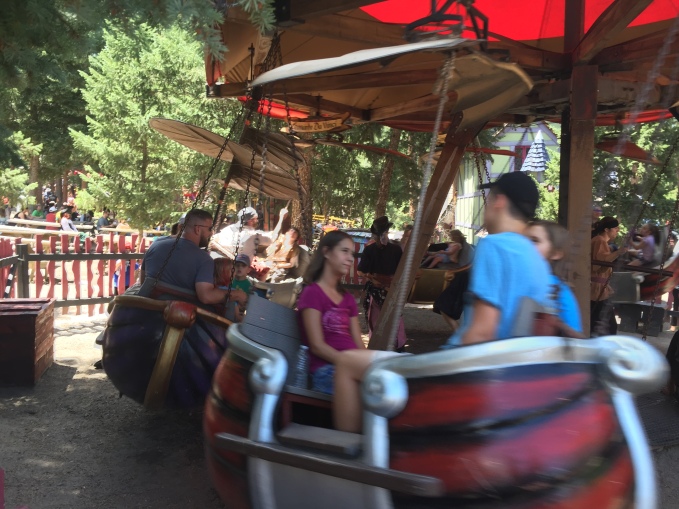 There were also a couple of rides that required a couple of extras dollars if you wanted to ride them, and some of these actually took a little longer than two minutes to enjoy the rides. The prices were absurd, but it was interesting to see how they operated the rides. They were all moved by guys pushing the rides forward and by no electronic gears. This made it interesting to watch and made me realize what rides might have looked like back during the Elizabethan Era. It was interesting to see that these rides could still fly even though they were propelled by human effort.

Of course, the biggest money maker and my favorite spot on the whole grounds was the Tomato Toss. It was fun to sit there and watch for a long while because you knew it was spontaneous, and you didn’t know what was going to happen next. Basically, a guy stuck his head through a hole in a wall, and started to insult people who passed by. For five dollars, the passersby could get five tomatoes to throw at the guy to quit his insults. Sadly, only a couple of them were able to hit the guy, but there was a constant supply of people lining up to see if they could hit this guy. It was fun to see them get riled up from his insults, but it was more fun to hear his insults.

Overall, it was a fun place to visit, but I think I had my fill after the day. I would not need to go back to see it again for another ten years, but the memories I had created yesterday would help me hold off the urge until then.

One thought on “Colorado’s Renaissance – Around the World Day 29”