One of the dangers of being in Tai Pei during this time of year is the fact that at any time you might be caught in a rain storm. We have already been caught in a couple of them, and we have learned that it is important to always carry around an umbrella just in case one of these storms breaks out. But on the other hand, when it is beautiful outside, it is important to take full advantage of it an enjoy the weather while it lasts. This is what I did yesterday as I wandered the streets of the city, and saw some of the older sites that it has to offer.

Even though, Tai Pei is not as big of an international city as some of the other ones in east Asia such as Bangkok, Hong Kong, or Singapore, there are a lot of east Asian influences that have come to this city and shaped it into the way that it is right now. It has at various times been occupied by both the Chinese and the Japanese and at one time, I think that the Dutch controlled this little island. You can see this influence in the city’s architecture, culture, and food. There is also a mix of old building that blend in with the more modern skyscrapers to give this city a lot of character. 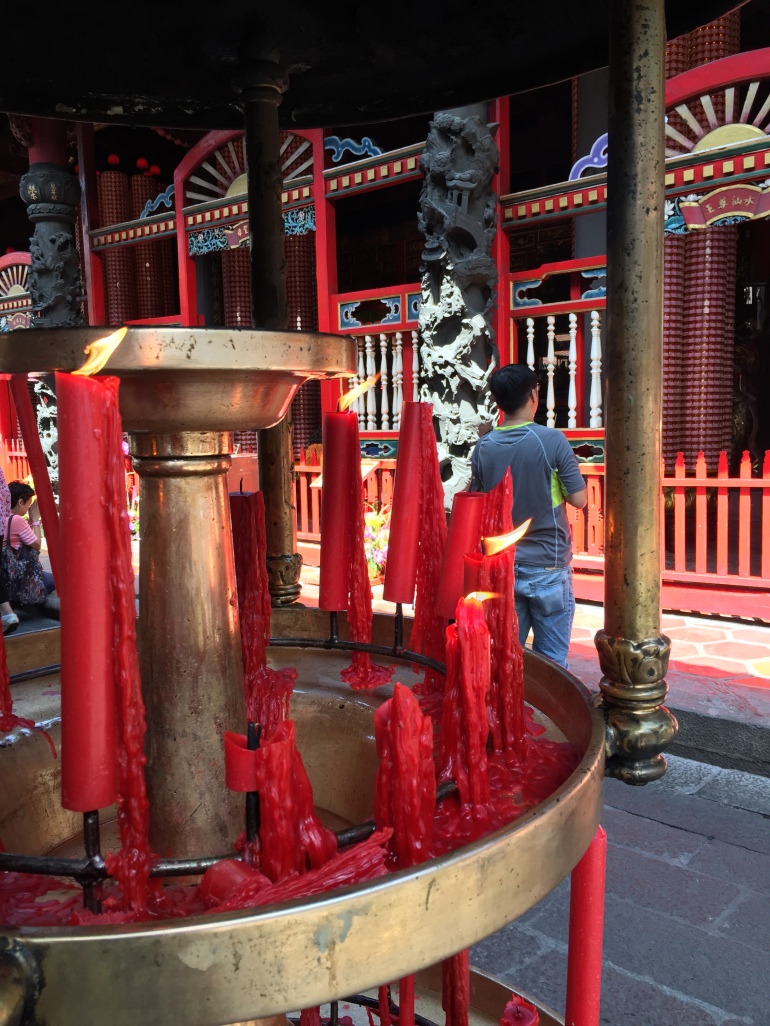 But it is the culture that really stands out when you walk through the older streets of the city. Many times on my walk, I came across temples and shrines that marked the older Taoist spiritual connection. Even though each one of these temples had a specific deity that was worshipped there, many shrines were set up to various entities that people could come to worship or give offerings to. The Lungsham temple was a great example of this. The main focus of the temple was meant to be for Guanyin, but many people came to pay their respects to some of the other shrines. The more popular ones were for the god of literature and the god of war, but by entering the place, you could feel the respect that was given by the people who came here to worship. 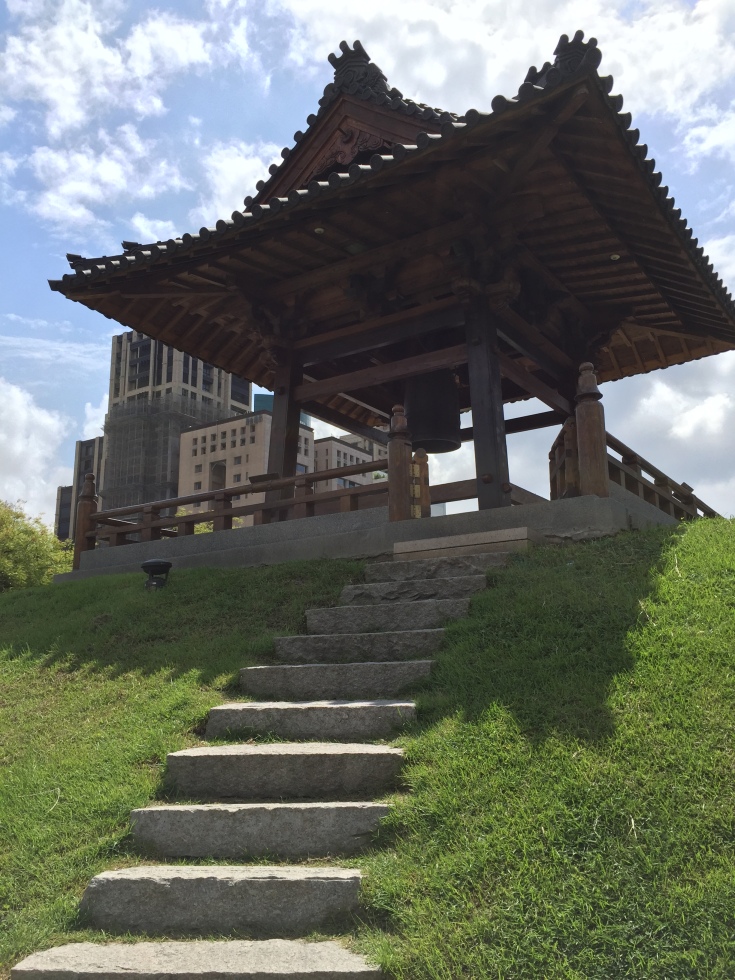 But even though there were many Taoist temples in the city, there were still many places where old Buddhist monuments still stood. They were not as prominent, but it showed that blend of eastern Asian cultures existed in this town.

It made for an interesting day of seeing the different corners that Tai Pei had to offer. It was refreshing to see the city was not all about shopping and eating, but also was about that spiritual connection that all of us search for to give our lives meaning. There were many times on this walk that gave me that slight respite that allowed me to feel that the connection I was making was not only about the culture that was here, but was a more personal experience that allowed me to slow down and understand the world better from my perspective. This is what a day of seeing the city from the perspective of the people brings. 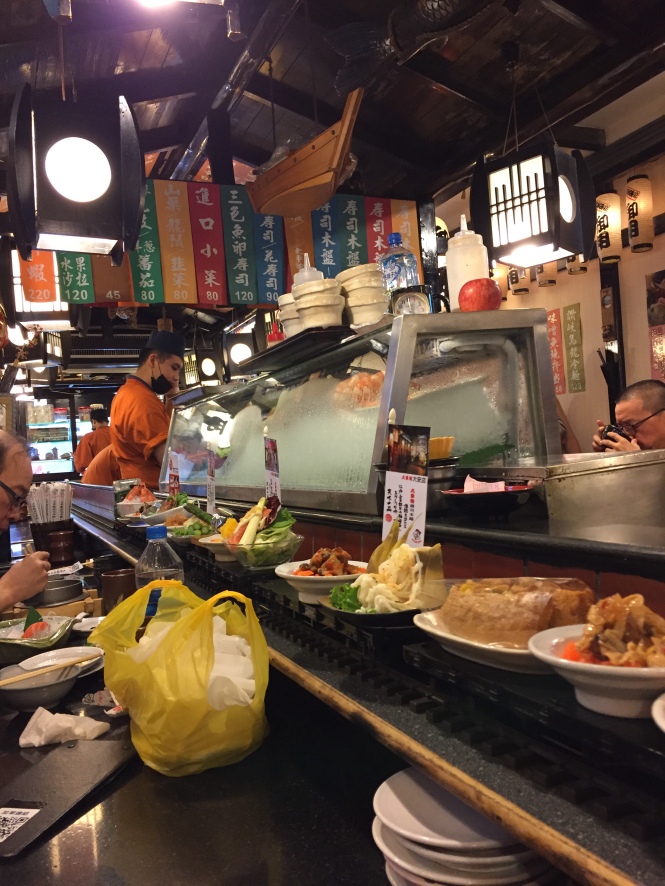 And of course there was always a moment to find some food as well. You are also able to finding the blending of cultures here as well. We stopped at a sushi place in the heart of the shopping district during lunch. I’m not sure, but it looked like all of the signs were in Chinese even though this is a typical Japanese dish. We were also asked to talk in the limited Mandarin that we knew to order even though what we were ordering came from a different part of east Asia. It made me think that even though there is not a huge western influence in this little corner of the world, it is nice to know that they are still willing to blend cultures together to create a new one that is fun and delicious at the same time.