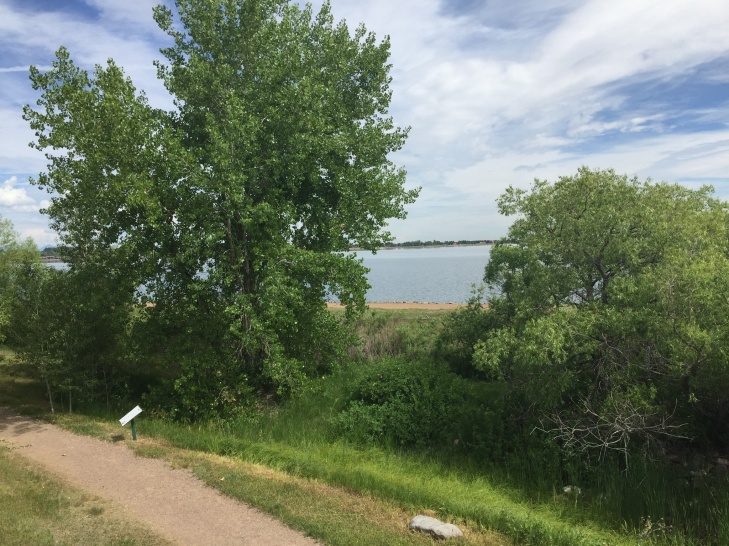 One of the things I have been doing a lot of while staying out in Colorado is taking walks with my dad. He had a hip replaced last December, and he is already recovered enough to be able to go on two or three miles hikes everyday. Usually we stick with the same roads that he knows in case there is a problem we can call somebody to come pick us up. But considering that I was with him, we started to get a little more adventurous by going down streets that he had never explored before and find new places in his neighborhood. On my last day, this sense of adventure took us down a dirt path that looked as if nobody ever went to down, and it was one of the nicer spots in his neighborhood. 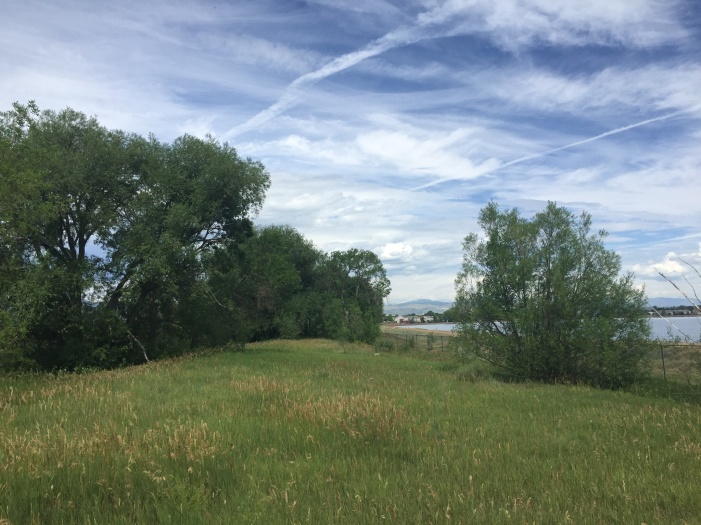 The path took us to a hidden green space that bordered a protected body of water. The reservoir was probably used by the city of Denver for their drinking water, but considering that there was this huge body of water in the middle of suburb that nobody seemed to know about, it made it look even more pristine. The only other animal in the area were a couple of birds that enjoyed the quiet solitude by bobbing up and down on the middle of this lake. 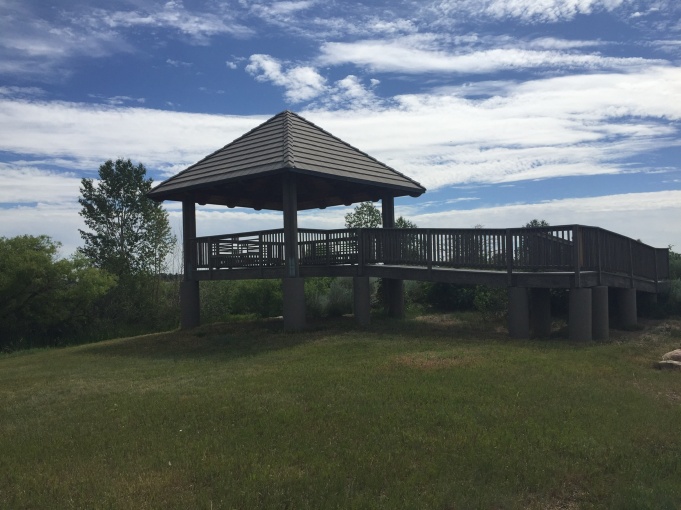 Towards the end of this walk was a gazebo with a couple of benches that allowed for an even better view of this lake. It seemed untouched by anybody except for one empty bottle of Corona. So the theory goes that some people know about this place and come out there to view the sunset even though it would not dip below the horizon of the lake because if faced to the east. It would still be a nice place to enjoy the cooling of the evening and have a couple of beers. It would also have been one of my favorite places as a teenager because it would be out of the prying eyes of the police, and I could be a little loud with my friends without disturbing any of the neighbors.  So this might have been where the stray beer bottle came from as well. Either way, it looked like some other people had the same idea that we did about this place that it was the perfect hidden gem in this neighborhood that allowed for a small retreat from the pressures of suburban living. 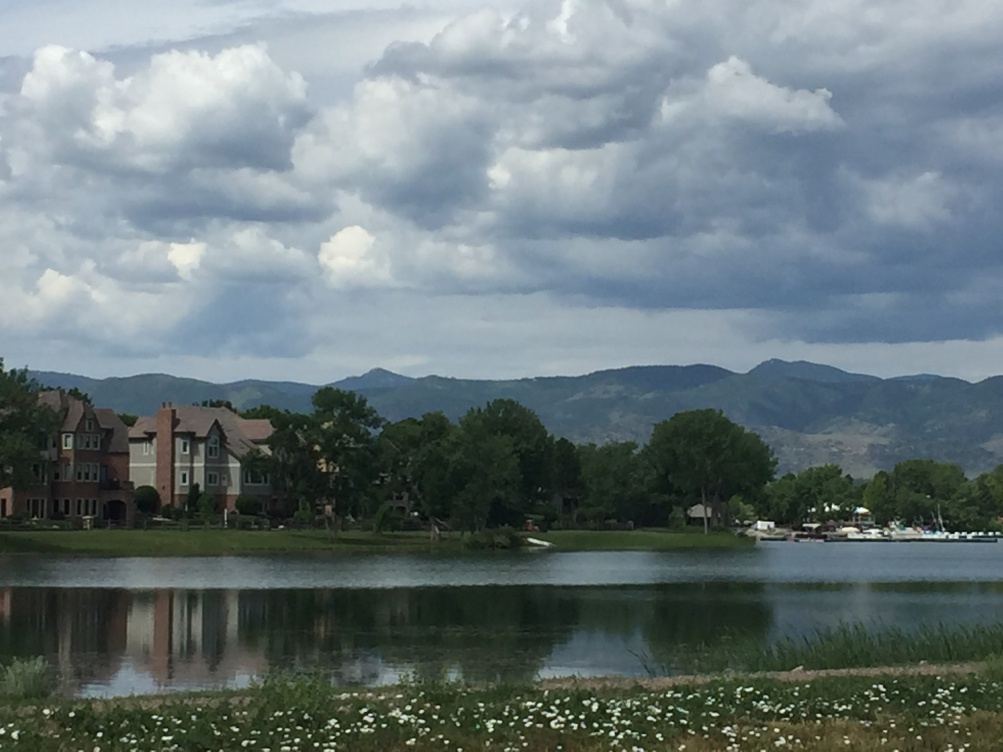 I was thinking that the path would wind its way all around the lake, but about 100 meters in, it stopped at a fence with a No Trespassing sign on it. I guess the city of Denver didn’t want anybody to disturb the water, but by looking over the fence I was able to see another pond that was used more often by the neighborhood. This was the one that was connected to the neighborhood’s club house, and it offered such water sports as kayaking and paddle boarding. It is still a fun place to hang out on a hot summer day, but it still did not compare with the other little place that we found. I know that others know about its presence, but for that day, I like to think that this little gazebo out in the green space of the neighborhood was only known by my dad and me. It made the place seem a little more special as if we had discovered something that nobody else knew about.

It is these little things that are out there that make it worth the trip to veer off the normal path and explore what other little areas your neighborhood has to offer. I am glad that I got to go on this exploration with my dad on the last day that I was out in Colorado. It made the experience even more memorable.