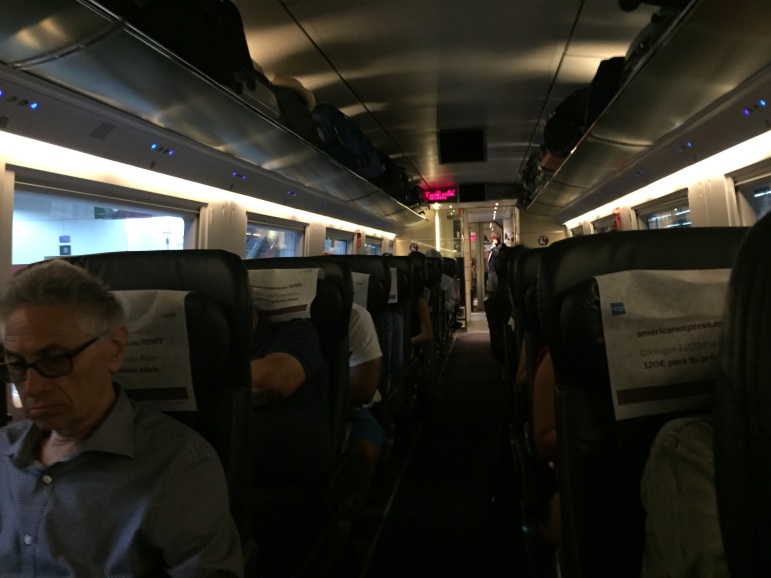 I have left behind the busy pace of Barcelona on my quest to constantly head west to the slower pace of Spain’s college town, Salamanca. The major feature of this town is its university which was established in 1154 and at one time was considered one of the more prestigious learning institutions in Europe. Even though it is still held in high regard today, it is not considered at the level it once was. It does not matter much because it is not like I am going to take the time to enroll in a class, and I am pretty sure that there are not many classes going on right now due to the fact that they are probably out for the summer. Either way, it will be a change of pace from Barcelona. 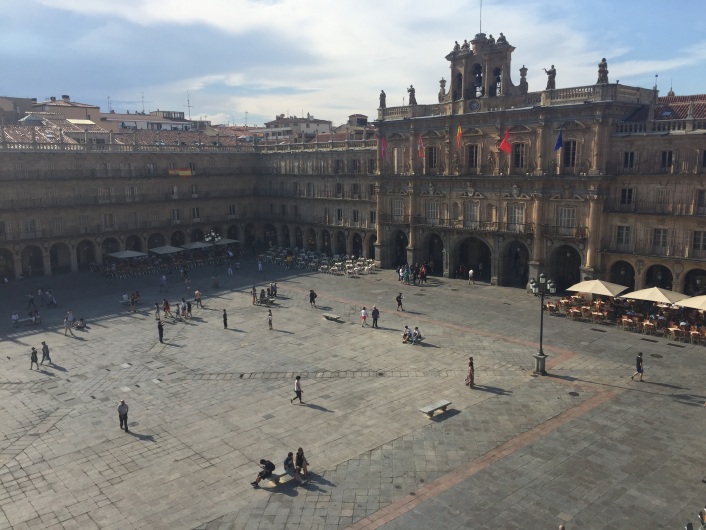 Most of the day was spent on a train transferring in Madrid, so when I finally arrived at my final destination I was looking forward to some tapas, a quick beer, and an early night so I could really explore this town the next day. I was in for a little bit of a treat though. Christine had booked a hotel room overlooking one of Salamanca’s greatest features, Plaza Mayor. 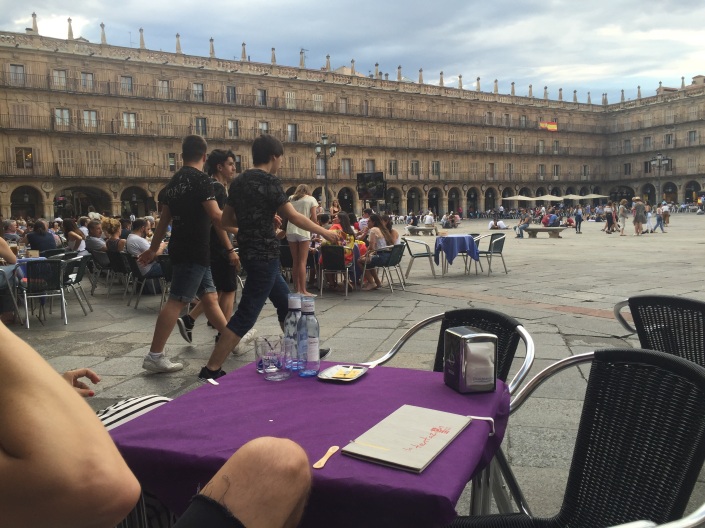 A plaza is the main feature of any Spanish town. Barcelona has a few of them, and they were interesting, but nothing like the one in Salamanca. The whole square is surrounded by one single large building with arches placed strategically in many places to allow entrance into the place. On the ground floor, there are numerous tapas bars, gelato shops, and restaurants. Because of this this is where the people of Salamanca come together to catch up on their days. 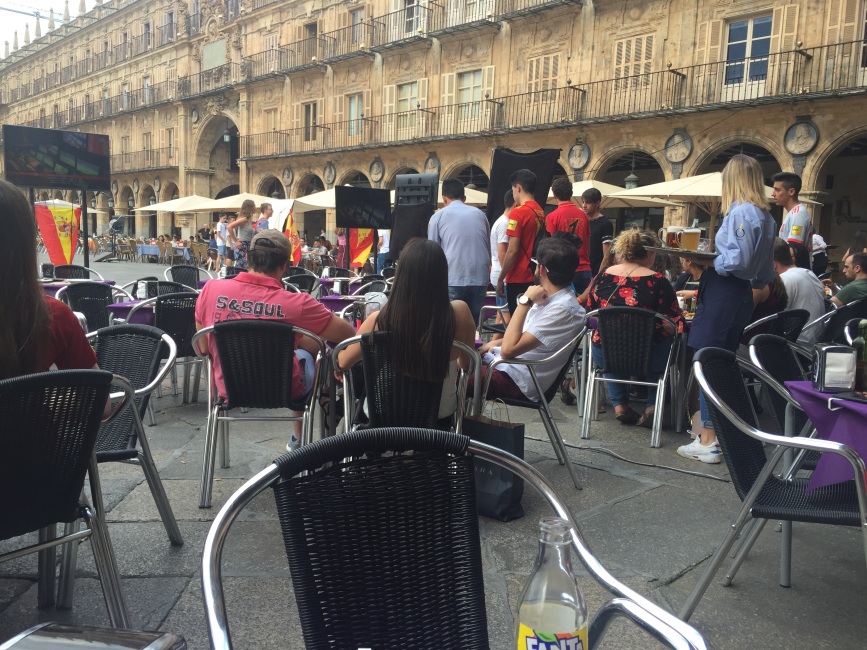 On a typical Wednesday night this might mean a few people, but the thousands of seats were all taken up last night because what better way to enjoy your city’s family than to get together to watch a World Cup match where Spain is looking to overcome the tie they had the opening night against Portugal. There was a lot of excitement as people found a place to settle in to watch the game, and even though I was hoping for an early evening, I knew I wasn’t going to get it because this place was going to be loud tonight and my room overlooked the noise. 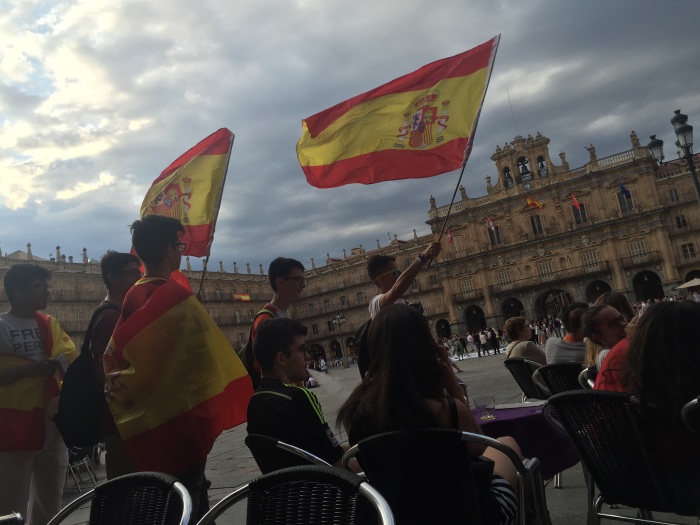 Now as an American, I don’t understand the mass appeal to World Cup soccer, but as a world traveler, I do understand that it is the largest sporting event in the world, and if your country happens to make it, any time there is a game, it becomes a major event. It becomes a completely different sport when you find yourself in a large group of people who are excited about the outcome, and it is also a way to show national pride as people wore Spanish jerseys, waved Spanish flags, and even draped them over their shoulders to wear like a cape. It made for a memorable start to my visit to Salamanca, and I can’t wait to see what other exciting things this town has in store for me.