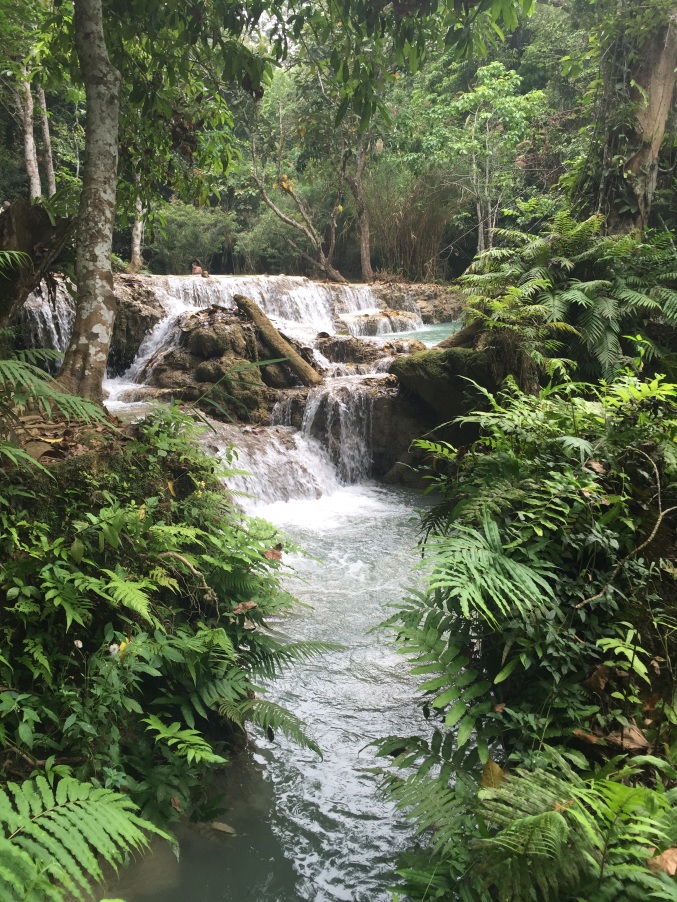 On the second day in Luang Prabang, I decided to get out of the city and explore the countryside a little bit, and one of the big attractions out there is the Kuang Si Waterfall. It is a series of waterfall over pristine lakes that brings in tons of tourists to enjoy its beauty and to cool off in the water of the pools. It is about a forty-five minute drive from Luang Prabang, but there are many ways to make it out there. My wife and I rented a van to drive us out there for about the cost of six U.S. dollars. It was totally worth it too, because we just got to relax in the car and enjoy the scenery instead of feeling the pressure of driving in a foreign country and not really being accustomed to the rules of the road that the locals follow. Even though we took the easy way, there were still a bunch of other tourists who rented bikes and made their own way out there, or found tuk tuk to take them. 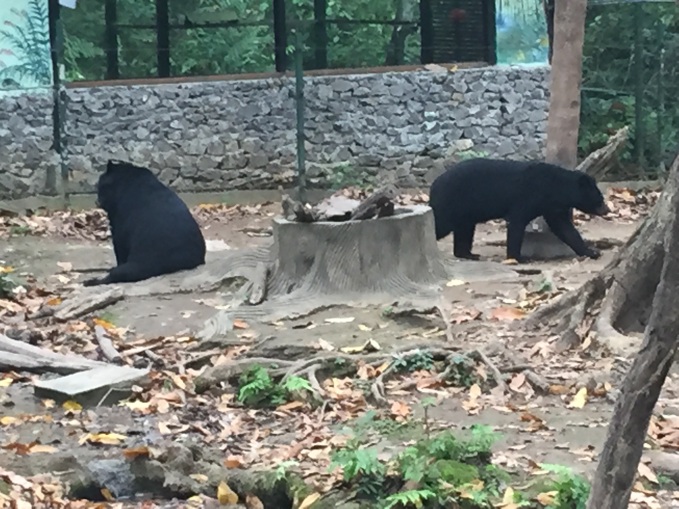 Entry into the park costs 20,000 kip which is just over a couple of dollars, and it includes entry into the Tak Kuang Si Bear Rescue Center. There are many people who live in this region, mainly Chinese I am told, who believe that the bile from the sun bears has healing properties, so they will trap these bears, keep them in small cages, and extract their bile from them for their own use. It was nice to see that there was a group in Laos dedicated to protecting them, and they had created large environments for the bears to roam around so they no longer felt the pressure of having to live in the cage. 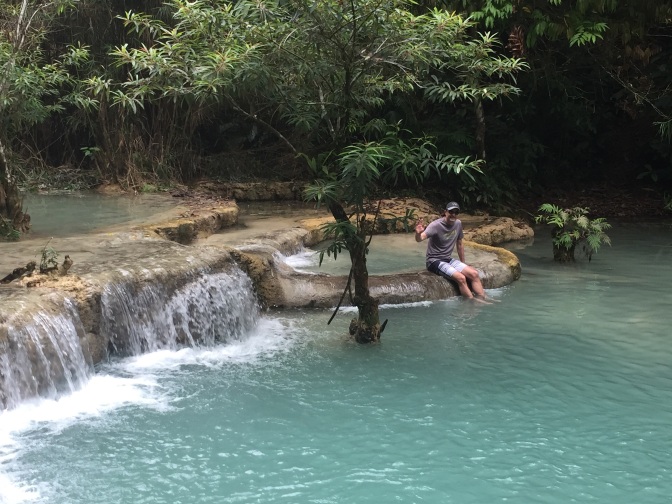 The same people did an amazing job of keeping the water of the waterfalls pristine. I couldn’t believe the frosty blue that shimmered in the pools collected by the water trickling down the hill. And even though there were some crowds in the place, I was still able to find a private spot where I could enjoy the water. It wasn’t as cold as I was expecting it to be either. It was quite comfortable and if the weather was warmer, I would have stayed in longer. 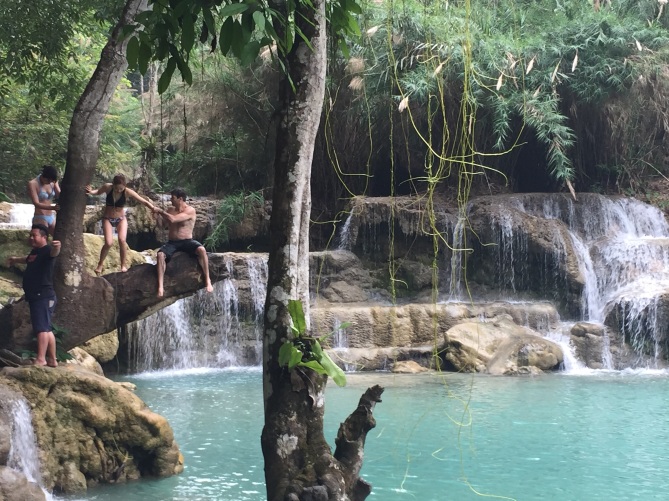 Other people there found place where they could jump into the water and enjoy the crowd a little bit more. It was the perfect place to find the amount of people you wanted to contend with, and when you found that level you were free to enjoy yourself. 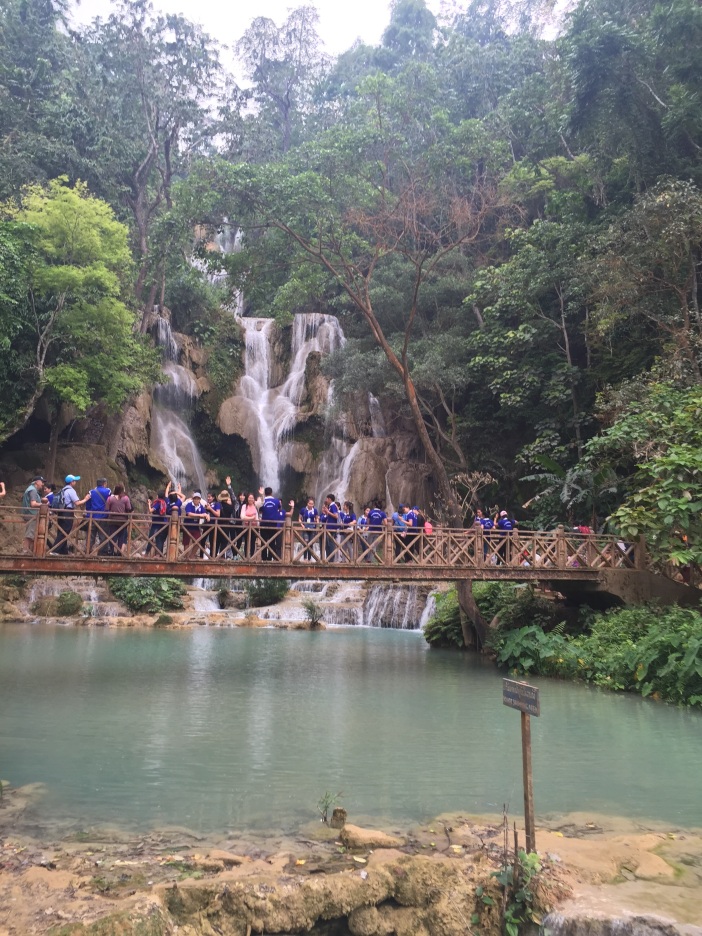 Of course the hike up the waterfalls had the big payoff at the end. The huge waterfall cascaded down a series of rocks and there were many places you could go to click the perfect picture. Granted the crowds got a little bigger here than some of the other places on the hike, but it was still never so bad where I felt like I had to fight through the elbows in order to enjoy the serenity that the spot had to offer. 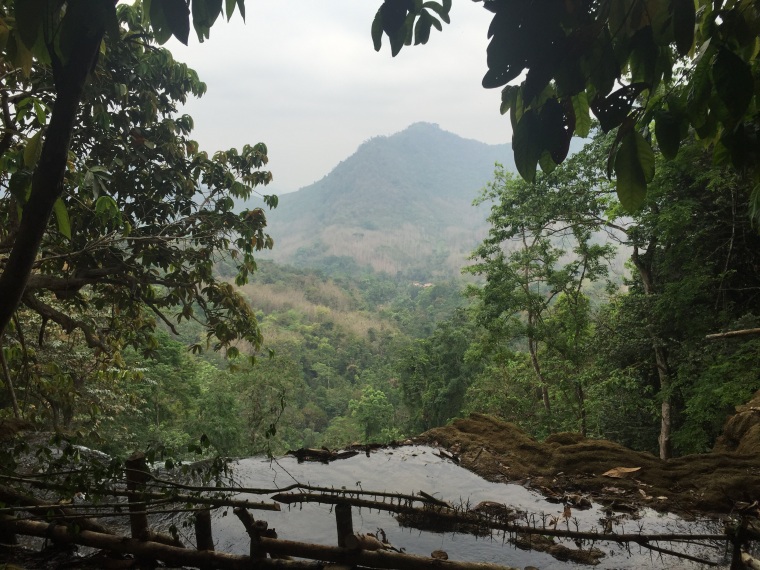 We were also more adventuresome than some of the other people there. There was a small path on the left of the waterfall that we took to reach the top of it. The path was kind of steep and there were a couple spots where it was really slippery because you needed to walk through the side of the waterfall itself, but we made it too the top. The pools were not as pretty up there, but the views of the countryside was worth the trek. 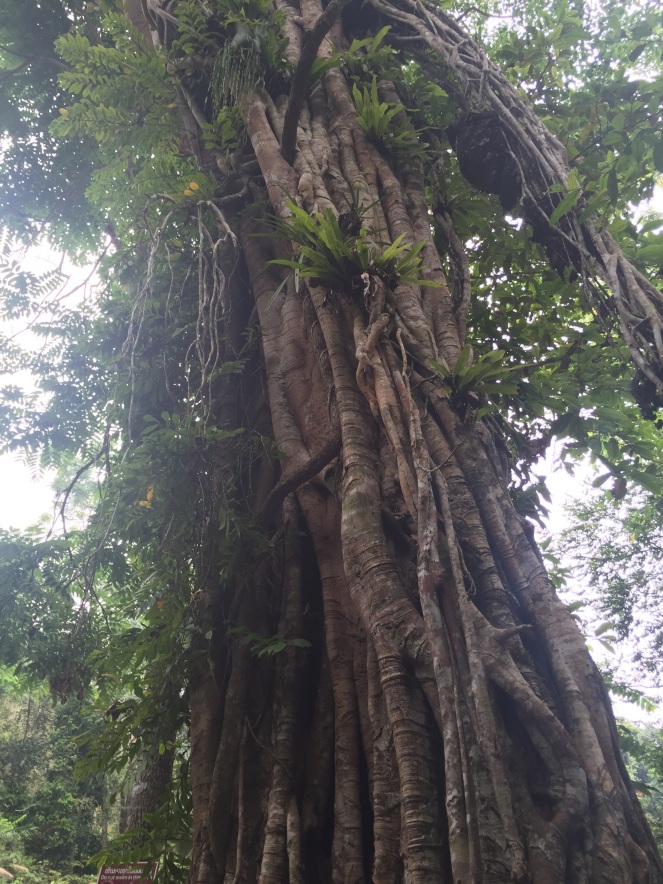 It wasn’t only about the waterfall either. There was some amazing trees out there and every once in a while we came across an explosion of flowers. It was during the dry season as well, so I couldn’t even begin to imagine what this place would look like if it got enough rain to really explode. 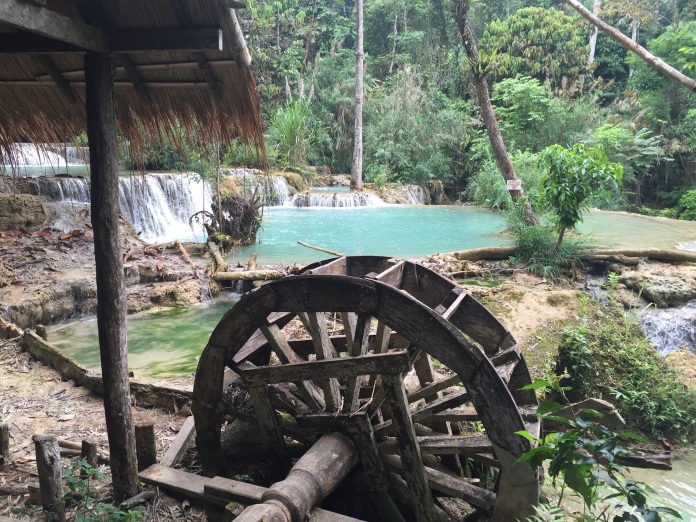 For the most part, the hike was really worth it. It was the perfect blend of nature and man made structures to support it but not take away from the natural charm of the area. 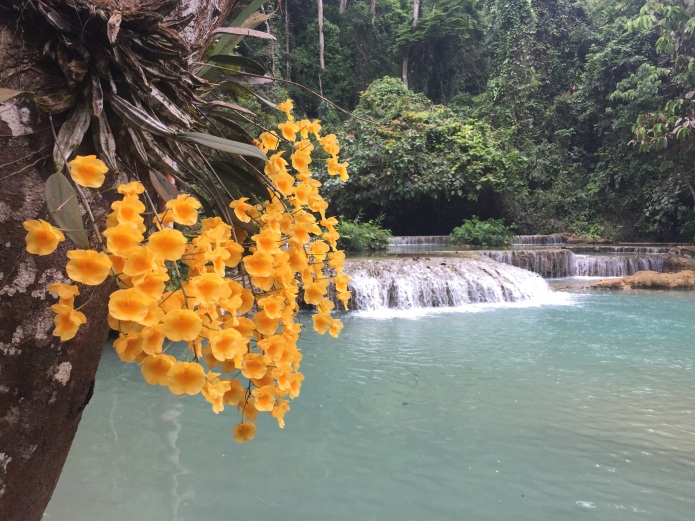 It is a must stop for anybody who finds themselves in Luang Prabang, and I am glad we made it out there. After a couple of hours enjoying the area we made it back to the parking lot where our driver was happy to take us back into town.