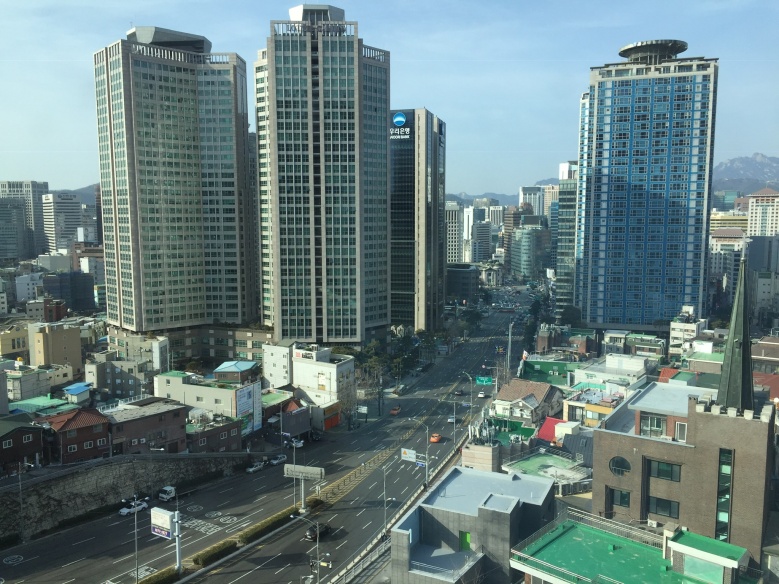 I was recently introduced to an individual in my parents’ neighborhood, and he was told that I was living in South Korea, but was making the move to Thailand. His first response was that at least I would be moving some place safer.

Over the four years that I have lived in South Korea, this notion has come up time and time again, that the people of this nation are always on edge because of their neighbor to the north. This couldn’t be further from the truth. The danger that is being discussed in the United States media makes the situation more desperate than it really is. In fact, Seoul is probably one of the safest places on the face of this planet. Yes, there is some discussion about Kim Jung-Eun and the threat that he poses, but it mainly centers around the idea of reunification of the two countries, and the big worry is about what that would do to the economy of South Korea. They are not worried about a nuclear threat, or an invading army coming from the north.

In fact, when I come back to the United States, I need to remind myself that I cannot be living the same life style that I do in Seoul. I need to lock my doors at night, or when I get out of my car. I need to be aware of my possessions when I am out in public so they do not suddenly disappear. I need to make sure that I do not say the wrong thing to the wrong person so they want to pull a gun out to prove that they are correct. These things do not happen in South Korea.

Now don’t get me wrong. There are still some risks involved with living there, but they mainly involve the air quality and the drivers on the road. But as far as somebody getting into a fight with you, it just does not happen. I think I only saw somebody lose their temper a couple of times while I was out there, and one of those times was while I was standing out in the cold at the ski jump during the Olympics, so he might not have even been Korean. But I think he was.

Things do not get stolen either. I have left my phone on the steps of a public building while I coached my cross country runners, and it was picked up and brought to me by some random stranger. My friend left his wallet on a public bus, and waited until the same bus came around again an hour, and it was right where he had left it. People do not steal things in this country unless it is the answers to an SAT test, but that is a subject for a different blog.

They actually did a study where they put random backpacks on the subways seeing if people would take them. At first, they were surprised because all of the trackers showed that somebody had picked up the backpack and were moving with them. But then they all started moving to the same location which happened to be the subway system’s lost and found. I have not found a more honest group of people than the South Koreans that I have come across.

So what I am trying to say is that you have to take the media you watch and be critical of the message that they are trying to present to you. They know that they will gain a greater viewership if they hype up the hysteria a little bit. You can get more accurate more information if you go to the source. Now I know that a lot of people do not know somebody living in South Korea or any of the other places that are under turmoil as presented by the nightly news, but look to what other reports are coming out of the same region. How could a place that promotes huge bands such as BTS and BlackPink be under attack all the time from another country? The pop culture that is coming out of the country might tell you the truth about what is going on there. And finally if you are really curious, see how easy it is to visit. By being there you will see the reality of the situation, and please stop telling me that South Korea is a dangerous place to live in. If you have ever been there you will realize how foolish that statement actually is.