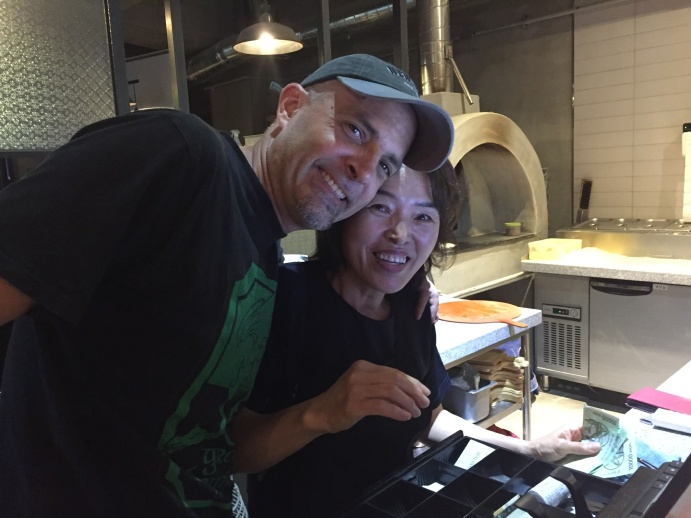 I have to be honest that I have a love-hate relationship with the people of Korea. There were times that I would have wonderful experiences with random people on the street and feel like I was one of the most loved people on earth, but the next day I would get to experience Korean pride, and wonder why I ever thought this society could ever be considered kind.

But then I think about it, and that is the same truth about any group of people in the world. I have experienced it during my couple of weeks that I have spent in the United States. There are times where I look at something that was a regular occurrence here, and I think to myself that this was something that I really never missed. There are always going to be people that you enjoy, and people that get on your nerves for some reason. But when you look back at the time you spent at a place, you can look at the things that annoyed you, or you could look for the things that you enjoyed about the place. If you look at the things that annoyed you then you will always hate life, but if you embrace the moments that you enjoyed then you will look at your time here with a fondness that makes you know when all is said and done, you truly enjoyed the life you are given.

With that in mind, even though there were some things that annoyed me about Korea, the people were one of the reasons that I will look back at this place with fondness. Even though they may first come across as reserved and cold, when you get to know the Korean people, they have a heart that extends to all people and will go out of their way to make sure that you are comfortable in their world.

I think back to one of my first memories of being out in Korea. It was during the heat of summer, and I wanted to go down to the Ikea to buy some furniture for my new place. I decided that the best way to make it there was to take the subway even though I was advised against doing this. I thought that I had planned things out nicely and was working my way there, but I was finally kicked off one of the trains early because it was going off duty. I was a little lost as to what I should do next and was looking at one of the big maps in the station when I was approached by a kind, young Korean. He asked where I was going, and I told him, and he tried to point out my final destination which I was already aware of. But in the meantime, the new train appeared, and I got on thinking that I was on my way to Ikea. The kid also got on the train with me, and stood in the corner with his phone, and a little pad that he kept writing on.

This is where the kindness of Korea really shined through. When I got off the train to make a transfer to the next train, I was stopped by this kid with a list of different ways that I could make it to Ikea, and which bus or train that I could take. And then he disappeared, never to be seen again. He had spent fifteen minutes on a train to help some random stranger, and I will never forget this kindness.

This kind of generosity extended to everywhere I went. The places where I was a regular became comfortable because the owners would get to know our names, and our drinks or food that we enjoyed even though very few of them could speak English. Some of them even spent time to work on teaching us a few Korean phrases so we could feel more comfortable in the neighborhood, and there were numerous occasions that someone came to my aid when I felt the uncomfortableness of being in a foreign country and trying to figure the ways of my new surroundings.

There are many things that I am not going to miss about Korea, but there are even more that I am going to miss. But the one thing that I will miss the most is the kindness of the people, and the joy that they brought to my life in the four years that I was out there.