I am told that when I was really young, my parents took me to Disneyland with my siblings. I don’t remember anything from this event, and I believed that this would always be my experience with the collection of theme parks around the world. It always looms in the background every time I travel to Tokyo or Hong Kong. Posters are plastered in the airport and many of the bigger subway stops that I should go out and enjoy a day out there, but I always heard that it was something more for small children and there were other places that I wanted to go and see. Well, yesterday, I finally bit the bullet and went out to see what this place was all about by going to the Tokyo version of this theme park.

First of all, know that if you want to go to the Tokyo Disneyland, it gets really busy, and if you do not have tickets, you may want to get them before you arrive. You can still go up to the ticket counter and buy them the day of, but I would suggest that you get there at 8:00 in the morning because I have heard that they quit selling tickets when the park reaches capacity.

Otherwise, I can see why kids want to come to this place. I could see it on the subway train that I took out to the park. As soon as we reached the stop, the kids on the train started to get really excited and could barely wait for the train doors to open. As soon as we got off, a line of palm trees guided the way to the front door, and the blue skies made it feel like I was in southern California and not Japan. But then the Japanese love of Disney took over.

Groups of kids come to this park and they all dress alike so everybody knows that they are together. There were many times I saw groups of Japanese teenagers all dressed in school uniforms and all this the same hats on walking around together. It was a weird little touch, and I do not think that I would have seen the same thing if I was in the one in California.

For awhile, I thought it was Disney law that everybody wear some kind of hat gear. There were many headbands with various ears on them, or hats that showed the heads of various Disney characters, but then when you looked at the back of them, they would have little stuffed doll bodies of the heads that they wore. I refrained from buying one because I could not see myself wearing it anywhere but the park that we already were in.

I didn’t really know how the park worked, but I dreaded the long lines for the rides. I was introduced to the fast track program that was out there soon though. Basically, you can take your ticket and get a pass for a ride at a certain time so you don’t have to wait in line as long. The only problem is that you can only do it once every couple of hours, so the rest of the time you have to spend you time standing in line. It is great when you get to use them because then it makes you feel as if you are special and you can just walk right in, but standing in the standby line really stinks. They will give you an estimate for how long it will take, but it is always longer than the time that they give. I stood in one line for the Thunder Mountain Train for three hours. This is not the best way to spend your time at the Happiest Place on Earth.

The problem with the fast track tickets at Tokyo Disneyland is that they run out of them around noon because the places are already booked, so they close up the stands where you can pick them up. It meant that I got to spend most of the night and the afternoon standing in line. It seems like this is the major theme of this theme park. You have to stand in line for the rides, food, and even the bathroom. It makes the day exhausting and my feet are really feeling it today.

For the most part, I am glad that I got to experience a Disneyland at least once in my life. I do not know when I will be back again, but at least I can now know what it means to be at one of these iconic parks. 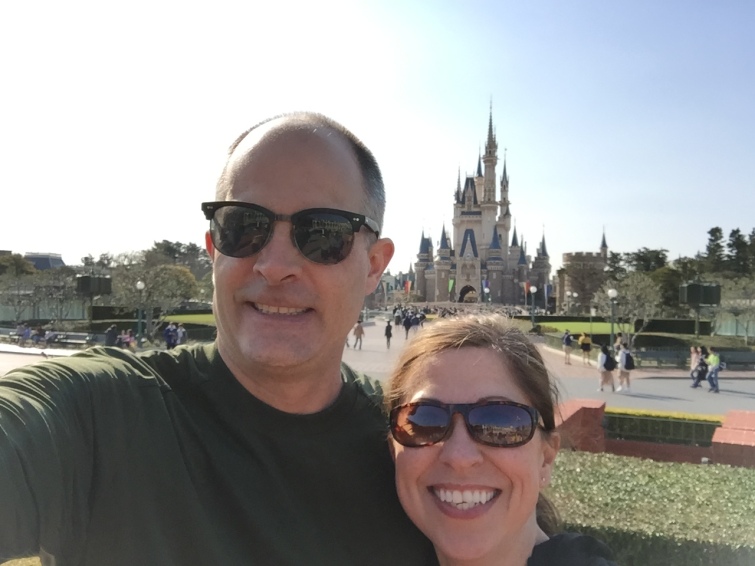