It has been awhile since I have done a list and since it is the end of the year, I thought that this would be the perfect time to put together what I considered the best movies of 2018.

It was not as fun as the first one, but this story still made me laugh, and took superhero movies into a new region that they needed to go into for a long time. The introduction of new characters and the story added just enough to the story, and of course the fact that it does not take itself too seriously make Deadpool one of the best superhero franchises out there.

Yes, it is a totally predictable romantic comedy, and you know exactly how it is going to end even before it begins. But there is something more here that makes this movie worth watching, especially if you live in Asia. There are satirical jokes in this movie that point to some of the truths of Asian culture that an American audience might not get, but I thought were hilarious.

Even though I am over hearing Queen songs wherever I go (Give it a break Seoul), I still loved watching Freddie Mercury’s story. I do remember watching his iconic performance during the Live Aid concert, but I did not know all of the moments that led up to this performance. And speaking of performances, Rami Malek delivers a spot on one of this legendary rock star.

I love Wes Anderson’s directing style. He creates this great cartoon feel with his cinematography and tells some of the quirkiest stories ever. This works even better when he makes cartoons. I loved the fact that he set the story in Japan so we would never be able to understand what the humans were saying, but could completely follow the reasoning of the dogs.

I heard that there were over fifty cast members in this movie, and I wondered how they would be able to pull off a coherent story with that much going on. But Marvel has always known what it was doing when putting together their universe. Since I had spent ten years watching various movies, I got to know all of the characters, and it was not hard to follow all of these various story arcs in the movie. Then they placed the focus of the story directly on Thanos which gave the whole movie unity. Nothing like this has ever been done in movies before, and the sheer scope of it is amazing.

I first was introduced to Alex Garland when my wife handed me a copy of his first book, The Beach. I have ever since followed his career as he moved away from writing books, to writing movies, 28 Days Later, to directing them, Ex Machina, to doing his first adaptation. He is just starting to find his stride, and I expect amazing things in the coming years. This is a tour de force that will keep you guessing and stick with you long after the final credits have rolled. 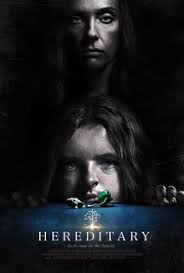 Last year’s Get Out showed how the horror genre was capable of making social commentary, and this year’s Hereditary shows that this genre should be taken seriously. First of all, this is a creepy story. Secondly, it takes from the pages of H.P. Lovecraft, never really showing you what is going on, and making you guess if what you are seeing are actually in the minds of the characters or if they are really happening.

I will be honest. When I saw that this movie was coming out, I instantly thought this would be one of the Marvel movies I could easily skip. I was sick of the formula, and I did not think that the creators could bring anything new to the Hero’s Journey that I had not seen from them before. Plus, I did not need to see another villain that I would instantly forget about. I was drug to this movie, and was blown away by it. Marvel fixed all of the problems that they had with their storytelling in this story, giving a blurred line between what was good and bad, a villain who had a reason for doing what he was doing instead of just being bad, and an ending that was significant for more than just the title character. To date, this is the best Marvel movie out there. 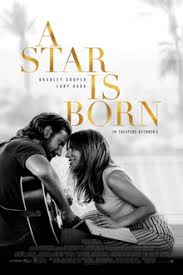 From the opening bluesy guitar rift, I was hooked into this story. Yes, it surprised me because I thought I would watching more of a folksy singer-songwriter going through his missteps, and was not expecting music with a little more power behind it. And even though this story has been told a few times before in Hollywood, this update of the story was great. Bradly Cooper did not only do a great job of acting, but directing as well. And Lady Gaga, whose music I am not a big fan of, showed off some acting chops that I was not ready for. This movie was a big surprise this year.

Spike Lee has made some great movies. He has also made some movies that I could have easily skipped. I loved the premise of this movie, but I had no idea if it would be one of his better movies or one that I should have turned the other way for. I am glad that I watched this movie, even though it gives my home state a bad name. But this movie calls back the reason that he was a force to contend with when he released Do the Right Thing. It made me think about the tension caused by race relations in the United States forty years after the action in this true story movie have taken place. I especially loved the digs to modern politics that were snuck into the movie. Spike Lee should be considered for best picture with this movie, and it will be a travesty if the academy once again snubs him.