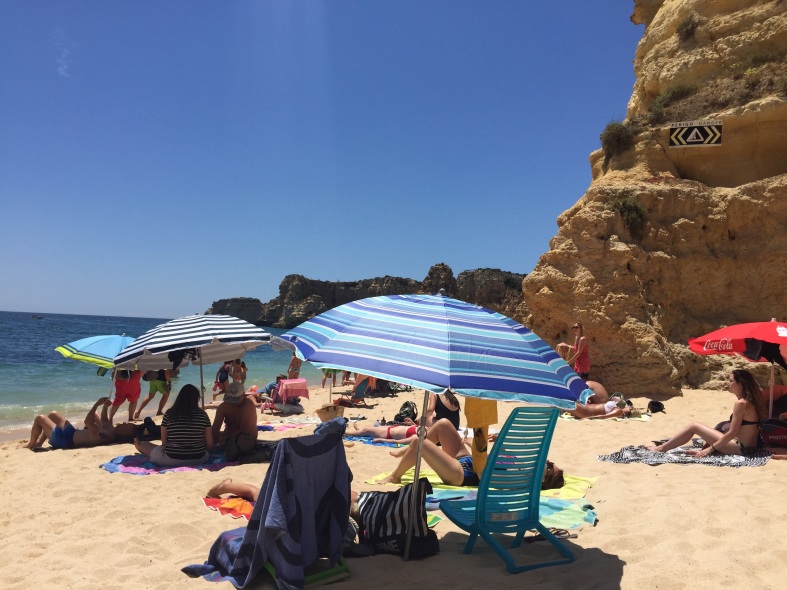 The beach life continues, but today the goal was to travel from one beach to another so I could rent out a kayak to paddle out to a rock structure that can only be reached by boat. So I left Lagos early to make it out to the two famous beaches. If you look up the best beaches in Portugal, Praia da Marinha and Praia Da Rocha will show up in any search you look up, and not just because they have long stretches of soft sand, or because of the clear water, but because of the thirty minute hike between the two beaches. 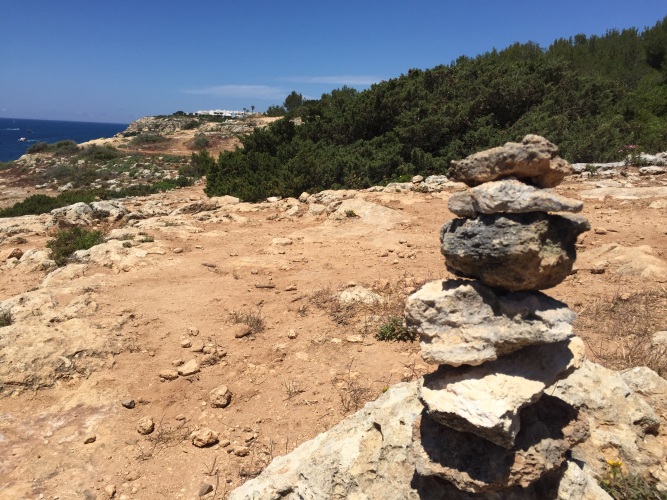 The trail is clearly marked, with many paths that you can take to get to some spectacular views along the way. There are paths that are flat, and some of them offer some challenges with its rocky slopes, and there is a small dip along the way that you cannot overcome. But for the most part the path is worth the effort to take. I would recommend bringing shoes while doing this path because there are enough rocks and juniper tree roots sticking out that can cause some damage along the way. My wife was tripped up on one of these, and earned a nasty cut on her little toe, and this could have easily been avoided if we had just worn shoes.

You can start at either end to make the trip, but it is easier to find parking on the Praia Da Rocha side, so I would recommend starting on that side. If you want to the kayak trip though, you might want to risk the Praia da Marihna side because that is where they launch from, but you are going to want to get there early because they get booked up really quick. We were unable to do that part of the trip because by the time we got there, they no longer had any open spots.

Even though I was not able to go on the kayak ride, I was okay with it because I have another kayak trip booked from a different beach later in the week that will take me more places than the one spot that this trip takes you to, and there was enough to see along the way that kept me entertained that I didn’t have to worry about the lost boat ride. Every corner of this hike took me to another spot that just amazed me. There were hidden coves and unique rock structures that I was easily entertained. 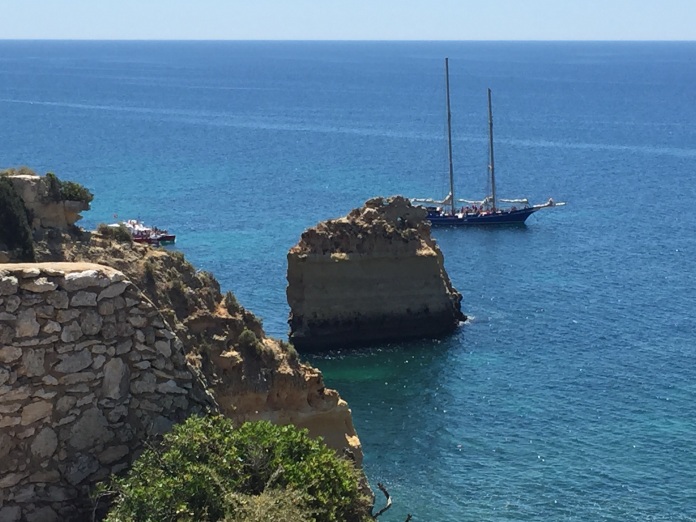 I eventually made my way back to the first beach and enjoyed relaxing on the sand feeling like I had earned the respite because of the trek I had gone on. It wasn’t long, and the heat wasn’t unbearable, but it kept me out long enough that it made the hike feel like I had accomplished something. Not that I need an excuse as to why my lying on the beach is justified, but it makes the lying on the beach that much better. It was worth the little day trip away from Lagos to enjoy the day on a different beach, and makes me even more excited for the adventures to come next.