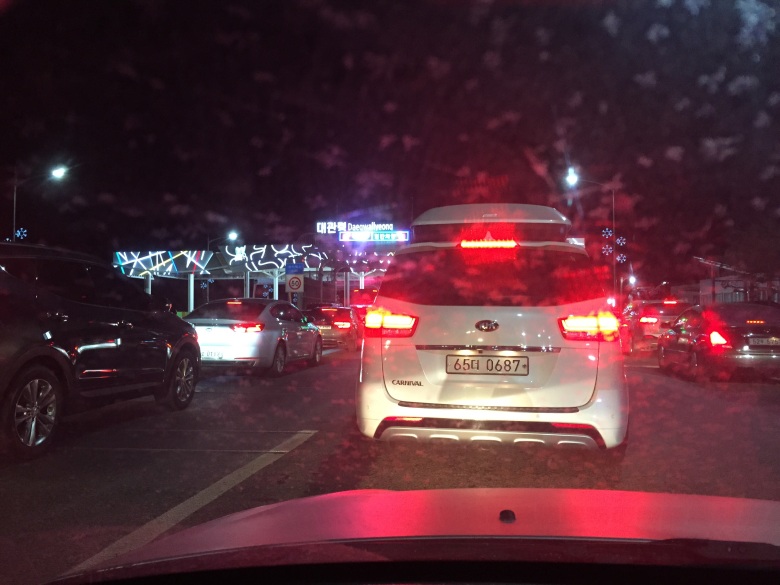 Yes, I have had an amazing time at the Winter Olympics. It has been a lot of fun and it is something I will never forget, but there is an ugly side to the Winter Olympics that I have not addressed yet. Large crowds descend on an area of the world that was not meant to have these large crowds, and after everything is said and done the community that hosted the Olympics is left with a bunch of stadiums, and features that the small community will never be able to support financially. I would go as far as to say that in the long run, it is bad for the community economically and leads to destroying the landscape for the chance to host the world for a couple of weeks. This goes for both of the Winter and Summer Olympics. I saw a report the other day that said the fabled Bird’s Nest in Beijing is now being used as a place where people can take tours around the track on a Segway. But I think it is even worse for places hosting the Winter Olympics. Pyeongchang is a series of towns with the largest one being about 200,000 people. It is situated in the mountainous area of South Korea, and there are not a lot of roads going between the locations where events are taking place. This means that there are insane traffic jams taking place as people try to make it to their events on time. The last event I saw took me just over three hours to get to and I only traveled 30 miles. These places cannot handle the crowds that come there. I am looking to you Colorado, because if you think I-70 is a mess now, imagine what it would be like if you added another million cars to the road. 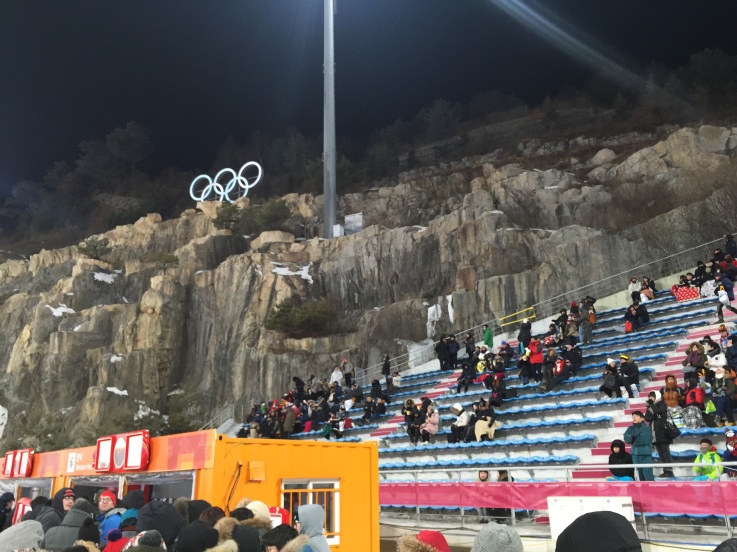 This means that sometimes at the start of events the crowds are not up to capacity because it is just too hard to get there or people are still trying to make their way through the traffic. If you take an event like the ski jump that only takes a little over an hour to complete then people wonder why they should even bother with it.

And this goes back to the costs of hosting the Winter Olympics. This beautiful structure was not here a couple of years ago. It was built specifically for the Winter Olympics. What is going to happen to this thing after the crowds go away? Are there going to be enough people who want to come out here to try their hand at ski jumping? Or will Koreans start to take up the sport and during the next couple of Winter Olympics will we start to see them being a huge impact in this sport? Think about the five stadiums clustered together back in the Olympic Village. Is a town of 200,000 people ever going to have a use for one large stadium, let alone five, one of which was designed to house curling? Now I have been told that Pyeongchang took this into account, and they designed all of the structures so they could be torn down and transported anyplace that might have a need for such structures, like the next Winter Olympics, but it still comes at quite the cost that there is no way that they will ever see a profit with this event.

And think about the impact that the crowds and traffic has on the environment. Korea already has a problem with air quality. Do you think it is going to help things to have a bunch of idling cars spitting out exhaust? Where does all the trash and garbage go in a country that is not that large to begin with? What are they going to do with those large parking lots that they had to construct just to handle the amount of people that arrived? The Winter Olympics are definitely going to leave their footprint on Pyeongchang that is a lot bigger than a few memorials left behind that showed what life was like for the two weeks when the games were here. 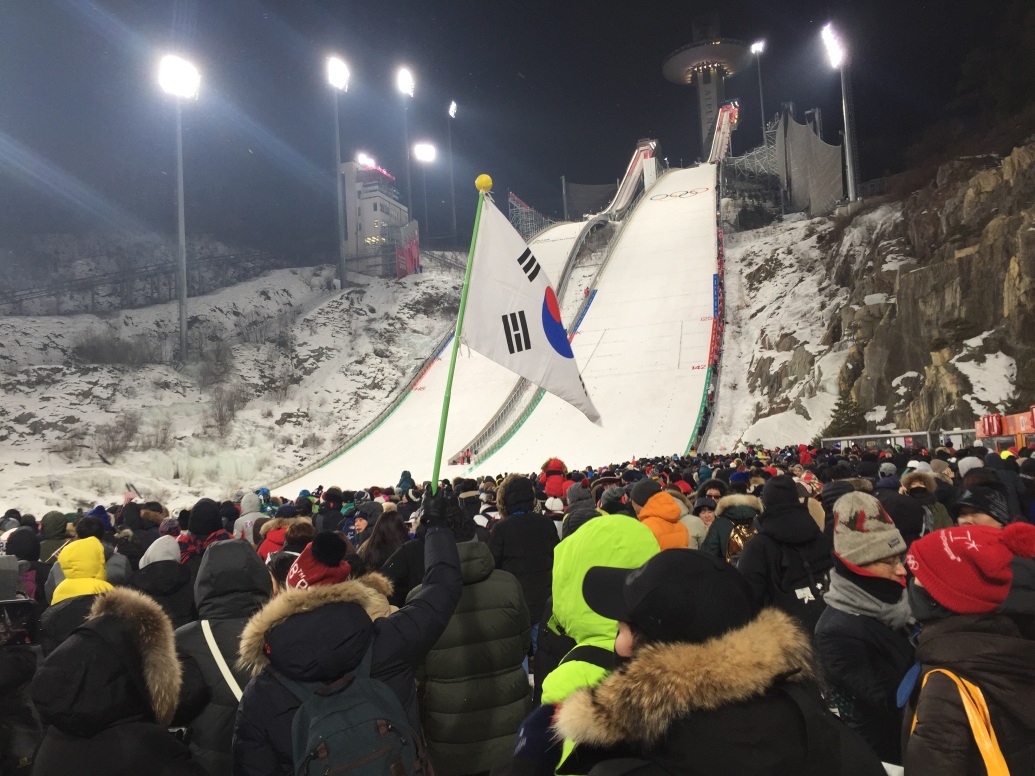 But on the other hand, there is some positive that comes from all of this. For a couple of weeks, all eyes turn to see what a great place South Korea is. It is all about the people and the optimism that they put out due to their resolve and hard work. It shows the world a place that is usually associated with bad news can be about. It is not about some cartoon character to the north trading insults with another cartoon character across the sea. It is about the world coming together in harmony to show that they can be competitive and still get along with each.

It is about marveling at the athleticism of those that have a passion for the sport because this is the only time that they will be able to shine. It is about every country finding their hero, whether it is some insane mane who wants to see how far he can fly on a pair of skis or if it is a group of bobsledders showing a country in Africa that they too can compete in the Olympic games. It is not necessarily about winning. It is about just being there for that moment in time.

I have enjoyed my time at the Winter Olympics, and even though I have traveled to over thirty different countries in the world, it has showed me more about this rock I live on more so than all the travel I have ever done. Should the Winter Olympics continue? Definitely, but they need to figure out a way where it does not destroy the community it goes to while maintaining the spirit it had created.