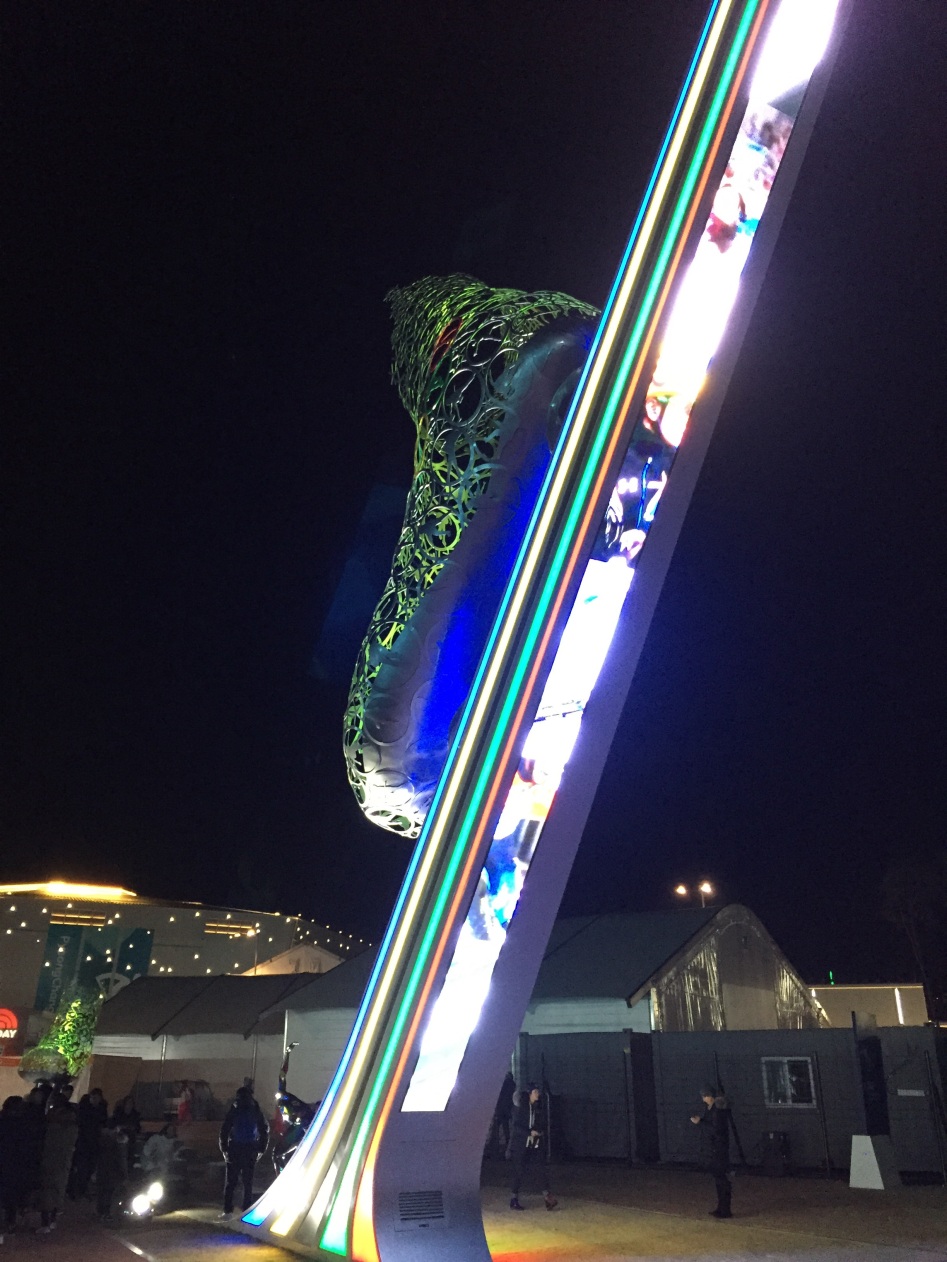 Welcome back from Pyeongchang, and my third day out here at the Winter Olympics. Things have started to pick up. The cluster, which was completely empty on my first day, has really seen in influx of traffic. There are more people running around, taking pictures of the sights, and getting ready for various events.

South Korea has taken advantage of the opportunity too to show the world what it is capable of. There are a lot of little corners all over the place that show off the culture of this proud nation. I have started to feel the spirit of the games grow as well. There is more excitement in the air. At first I couldn’t figure out why it took a few days for this excitement to get built up, but I believe it has to do with the level of competition. On the first days of competition, there is not a lot of medals handed out because most events are in the preliminary stage. Now that things have been going on for a few days, things have started to be figured out, and the bigger medals are being decided. This is what the people came for, and this is the real reason why the crowds have started to grow. There is still not a ton of people, but I suspect by the end of the games, the place will be packed.

I had another hockey game to attend, and this time it was at the hockey rink in the cluster. I wasn’t as excited about it even though there would be hits in this one because it was a men’s game. This match-up was billed as more of a blowout though. Slovakia was playing the team we are not supposed to call Russia, and that juggernaut would surely take over this small nation that was still trying to find its identity now that it was no longer under the shadow of the iron curtain. Even though, I was not excited about the match-up, I was excited for the event. I didn’t have a choice when I put in for the tickets because who was playing had not been decided yet, and if I had a choice I would have watched the other blowout planned for the night, U.S. versus Slovenia.

Despite the disappointment, I went into the game holding on to the small belief that Slovakia could somehow pull out the upset. It was only five minutes into the game before I realized that this was probably not going to happen. Slovakia was down 2 to nothing with only one shot one goal. This looked like it was going to be a bigger blowout than the women’s matchup I witnessed the night before. But the Slovakian did not give up, despite the crowd’s support for the opposite team.

It didn’t take long before the whole feel of the game changed. Slovakia patiently waited until the right moment, and ended up with two breakaways where they scored two goals, tying up the game before the end of the first period. This is when the Slovakian started to show their faces. There were pockets of them all around the stadium screaming in support of their team. The fans from the other side still cheered for the team, but you could feel their trepidation that things were not going well for them.

The rest of the game played out as a tense tie until the middle of the third period where Slovakia was able to squeak out another goal. You could feel that it was going to happen too, because they had three strong chances during power play opportunities from the team who likes to say they are from Russia. Slovakia was able to hold on to end up winning the game. It was one of the more exciting hockey games that I have ever seen, and I am glad that I was able to see it. By the way, the other game that I wished I had gone to also had an upset as well as Slovenia took down the mighty U.S., so it looks like I had the tickets to the better event after all. It makes me excited to know that each event has the potential to be great and makes me excited about the next two days out in Pyeongchang.