Why doesn’t anybody ever pick up an orange and bite into it right away? Because the skin is inedible. You must peel through that layer before getting to the juiciness underneath it. The same can be said about Bali, a small island near the equator in the southern hemisphere. When I first got there, I thought of it like any other country whose major economic power comes from tourism. The roads were crowded with shops selling various forms of artwork, saris, and trinkets to take home so you could remember your time on the island. Restaurants claimed to serve local cuisine as well as westernized food, so if you ever felt the need for a slice of home you could have it in the same place where the others would have the opportunity to experiment with the world flavors. On the surface, it looked like any other vacation destination that would have a couple of places that you needed to go to, but would allow enough relaxation so you could unwind from that long flight before getting back on another plane to go back home again. But I learned that I needed to peel back the layers. 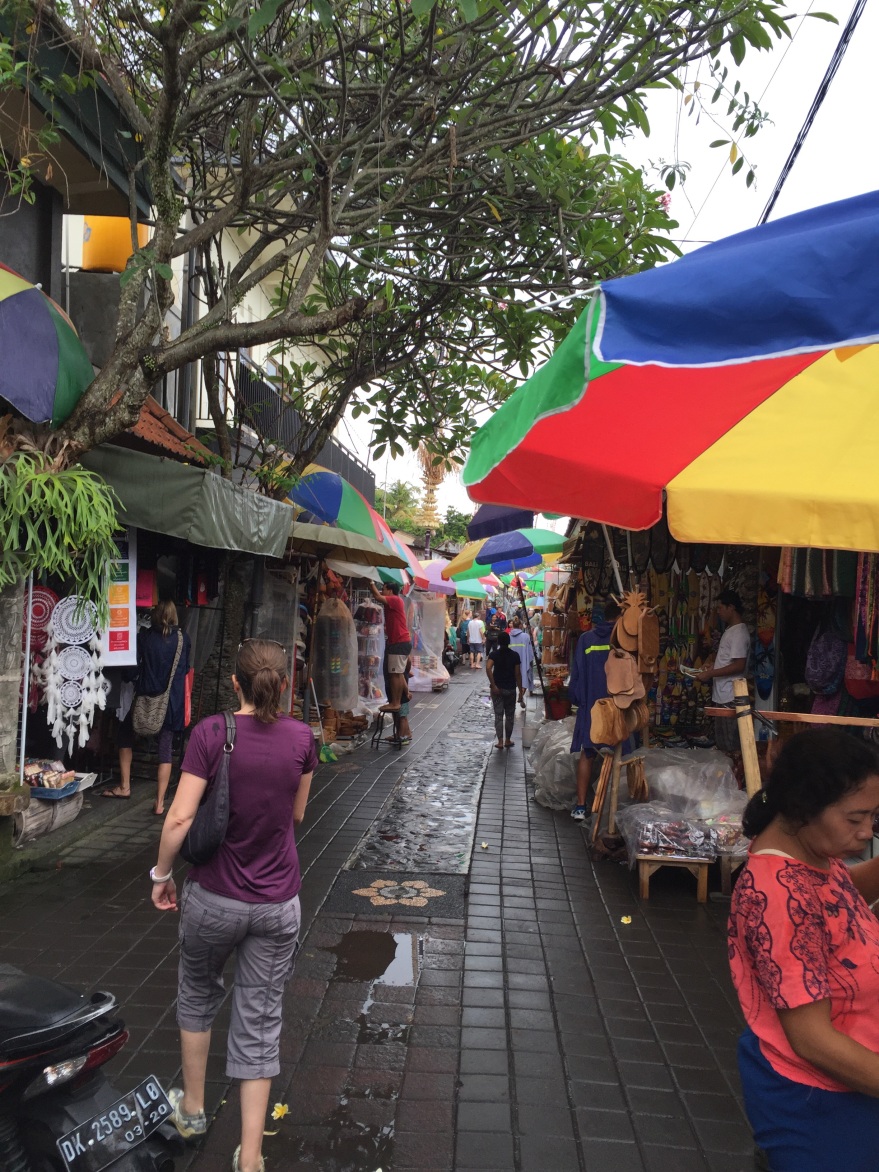 That’s why I would recommend if you ever find yourself in Bali to veer off of the main drag to see what the place really has to offer. Most of the times if you are in a country who is not an economic powerhouse, I would not recommend doing this unless you knew where that would lead, but Bali has a different feel to it. You are not really experiencing the place if you stay where all of the tourists hang out. There is a lot of beauty to the country that you have to look for, and then you will really have an amazing experience. 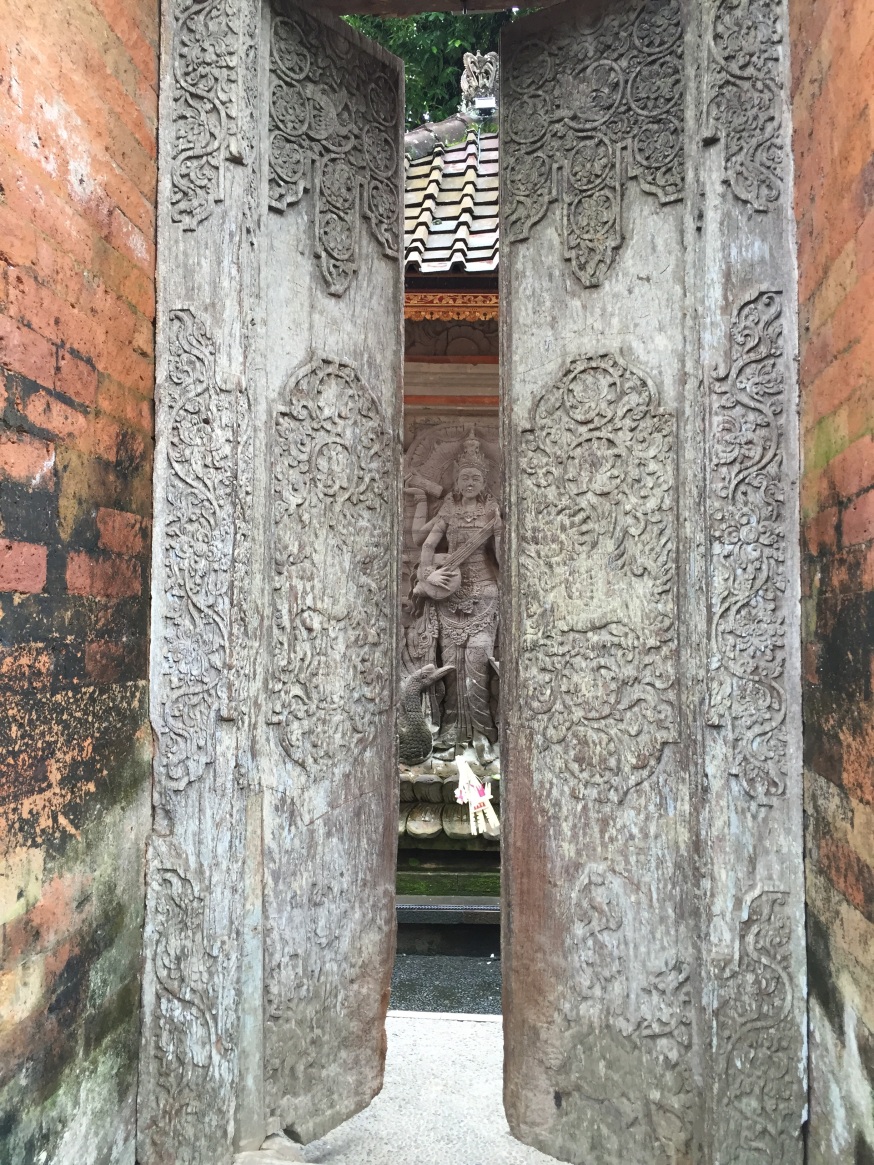 Bali’s culture is seeped deeply in the Hindu religion. In fact, when the island was first growing, the Hindus brought their faith with them and created thousands of temples so they could celebrate it. Some of these temples are rather large; whereas, others are hidden behind secret doors down strange alleys. The one thing that is consistent with all of them is that the beautiful art work that gives you respect for the faith which inspired it. It is a place reminiscent of an Indiana Jones movie. The culture begged for me to learn more about it, and the further I delved into the corners of Bali, the more intricate the statues became. Some peeked out from the mountains, while others were covered with so much moss from the hills around the towns that it made me wonder how long they had been there and why had humanity forgotten about them.

It made me start to wonder which had come first, the works of masterpieces, or the nature that the gods created around those structures because this is the other side of Bali that is wonderful to discover the further you walk away from the beaten path. It is a tropical paradise. I was lucky enough to find myself there in May which would be a lot like November for those who live on the northern part of the world. Because it is so close to the equator, it never gets too cold, but it stays warm enough during this time of the year that you are never in need of pants. This is the perfect time to explore those expansive forests.

But when I did that I discovered something else about this amazing island. It was almost impossible to escape from some indication that man is lurking someplace around the corner. Most of the time this type of exposure would annoy. Hiking the hills of Colorado, I am always mad when I come across the signs that someone had been there before, but in Bali, this did not disturb me as much. The footprint left behind by man had a certain amount of respect with the place where it was left behind. There was a harmony that went along with the natural landscape, making me feel as if man had found a way to live in harmony with nature.

It could be seen in the way they grew their gardens. Rice fields were carved into the sides of cliffs, and laid far behind the facades of the towns, but these fields that supplied the people with their major source of food did not feel intrusive. Instead, it became just a natural part of the landscape much like the statues and temples that were hidden throughout the whole of the countryside. It just became a part of what Bali was all about. 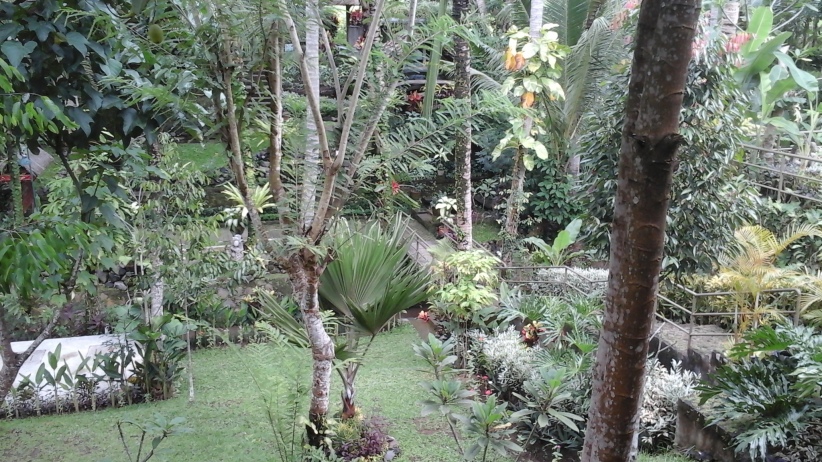 The people of Bali were able to take this even further to make the landscape in their backyards into a great spectacle. They are able to shape it into something that is both relaxing and contemplative at the same time. This is where the real Bali lies. It was a place that allowed me to unwind, to take those principles of losing one’s self in nature and by doing so finding one’s true self to the extent I have always wanted to achieve. The place behind the façade of this country is the place where I was able to lose my façade for a while and connect with myself.

This is what Bali was for me. Most of my wanderings happened in the small mountain town of Ubud, and I would recommend that you take the time to find yourself there at least once in your lifetime, but do not just spend a quick time to do it. It takes some moments to shed the worries that come with your normal life. You need that time to forget about those worries, and Bali is great because you don’t collect more in the process. It was exactly what I needed during this stressful time of the school year, and I am glad that I got to enjoy it.

This post brought to you by Tag: A Cautionary Tale by John Collings. Now only $2.99 in the Amazon Kindle store.